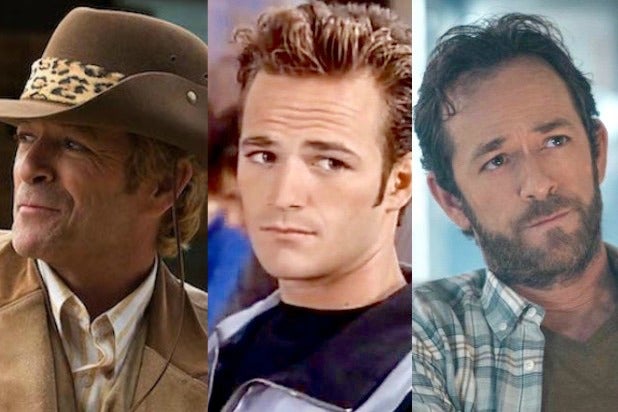 Sony Pictures/CBS TV Studios/The CW
The late Luke Perry will be honored on the Season 4 premiere of "Riverdale" this Wednesday, which is a tribute episode to the actor who died in March at the age of 52 following a stroke. The episode, titled "In Memoriam" deals with the passing of Perry's character Fred Andrews, Archie's (KJ Apa)  father, on The CW drama. But as beloved as Fred is in Riverdale, the part is far from the only memorable one Perry played during his career. In honor of the tribute episode, TheWrap has rounded up eight of Perry's most iconic roles, from "Beverly Hills, 90210" to HBO's "Oz." Also Read: Shannen Doherty ‘Definitely Wasn’t Going to Do’ the ‘Beverly Hills, 90210’ Revival – Until Luke Perry’s Death 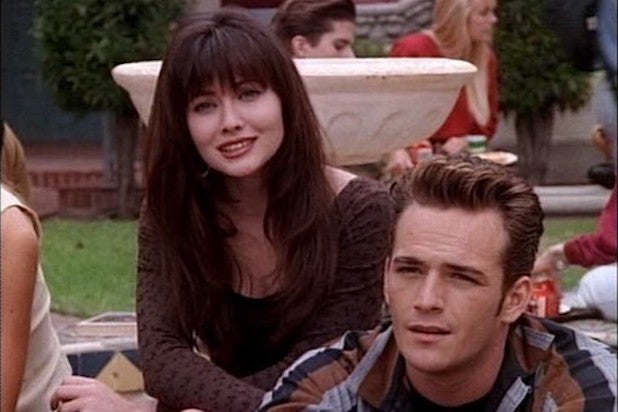 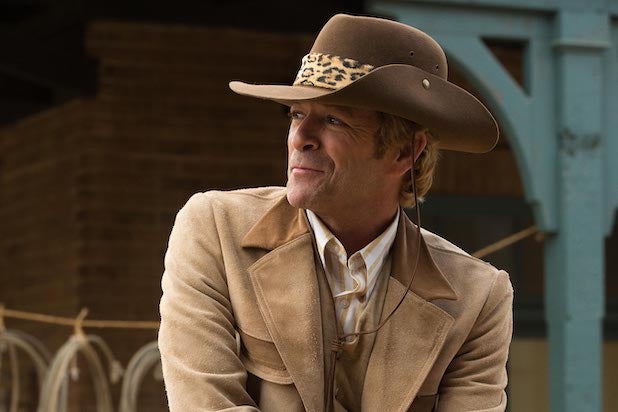 Sony Pictures
Wayne Maunder, "Once Upon a Time... in Hollywood": About halfway through Quentin Tarantino's "Once Upon a Time in Hollywood," Perry is featured in his one posthumous silver-screen role: portraying actor Wayne Maunder in a scene where he is filming an episode of the real-life CBS series "Lancer" with Rick Dalton (Leonardo DiCaprio). Though it's a quick cameo, given the fact Perry shot the film before his death and it came out months after his passing, it is still a particularly memorable part.

20th Century Fox
Pike, "Buffy the Vampire Slayer": The 1992 movie, not the subsequent TV series of the same name. While the Kristy Swanson film may not be as widely well-regarded as the Sarah Michelle Gellar-led drama, Perry's performance is the stuff of cult classic legends.

The CW
Fred Andrews, "Riverdale": At the time of his death, Perry was starring on The CW's dark take on the Archie comics, playing Fred Andrews, the father of young Archie (KJ Apa) himself. Fred is also pretty much the only reasonable, rational, loving parent in all of Riverdale.

HBO
Reverend Jeremiah Cloutier, "Oz": Perry played a very holy inmate on HBO's popular prison drama from 2001 to 2002. The Rev had been caught embezzling funds from his church and made it through 10 episodes before he was killed by a biker gang.

HBO
Linc Stark, "John From Cincinnati": Perry played a surf talent scout, manager and agent, as well as the owner of Stinkweed surf products on this one-season HBO drama. If you're looking to see Perry return to a Cali setting after "90210," this is where you should turn.

Showtime
Jeremiah, "Jeremiah": While this post-apocalyptic Showtime series was short-lived, Perry's performance in the titular role was remarkable enough that it definitely shouldn't have been.