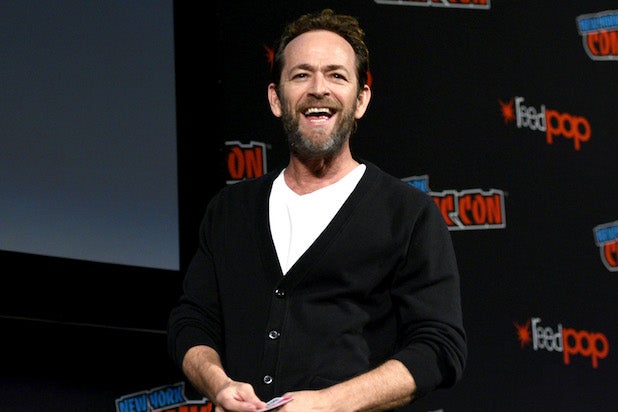 Luke Perry is currently hospitalized after reportedly suffering a stroke.

According to TMZ, paramedics responded to a call at the 52-year-old “Riverdale” and “Beverly Hills, 90210” star’s home in Sherman Oaks, California, at around 9:40 a.m. on Wednesday. The emergency call to the fire department was for someone suffering a stroke and Perry was taken to a nearby hospital, TMZ reported. The site is also reporting that the actor’s condition is unclear.

“Mr. Perry is currently under observation at the hospital,” a representative of Perry told TheWrap Thursday morning. The spokesperson also confirmed the actor is not in a coma, which was a detail TMZ updated its story with later Thursday and then corrected as inaccurate.

Requests for comment from the Los Angeles Fire Department were not immediately returned.

Perry is currently starring on The CW’s “Riverdale” as Archie’s (K.J. Apa) father, Fred Andrews. Representatives for network and “Riverdale” studio Warner Bros TV did not immediately respond to TheWrap’s request for comment.

On Wednesday, Fox revealed it had set a six-episode “Beverly Hills, 90210” revival for this summer, starring many of the original cast — with the exceptions of Perry and Shannen Doherty.

The new version, called “90210” will feature Jason Priestley, Jennie Garth, Ian Ziering, Gabrielle Carteris, Brian Austin Green and Tori Spelling playing “heightened versions of themselves in a brand-new serialized drama – with a healthy dose of irreverence – that is inspired by their real lives and relationships.”