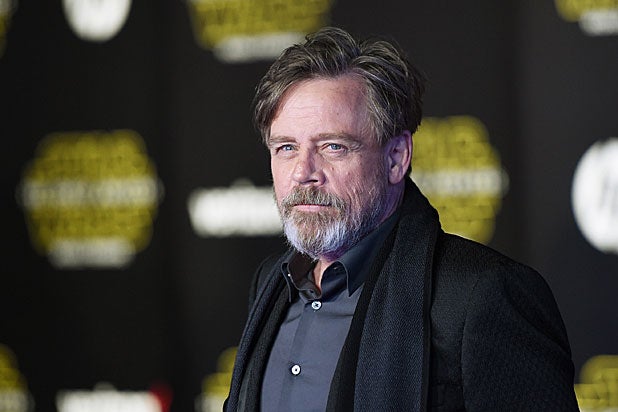 On the heels of “Star Wars: The Force Awakens” director J.J. Abrams saying gay characters could become part of the franchise, Mark Hamill says that his character, Luke Skywalker, could be gay.

“I just read online that J.J. is very much open to that,” he said to the Sun. “In the old days, you would get fan mail, but now fans are writing and asking all these questions: ‘I’m bullied in school … I’m afraid to come out.’ They say to me: ‘Could Luke be gay?’ I’d say it is meant to be interpreted by the viewer. If you think Luke is gay, of course he is. You should not be ashamed of it. Judge Luke by his character, not by who he loves.”

In February, Abrams said it’s inevitable for a film in the franchise to include a gay character.

“When I talk about inclusivity, it’s not excluding gay characters. It’s about inclusivity. So of course,” he said. “To me, the fun of ‘Star Wars’ is the glory of possibility. So it seems insanely narrow-minded and counterintuitive to say that there wouldn’t be a homosexual character in that world.”

While plot details remain under wraps for the next “Star Wars” film, opening Dec. 15, 2017, Daisy Ridley has said Luke Skywalker will be “so cool” in the next film. John Boyega has teased the script for the upcoming film as “great” and “much darker.”

“My part in the next film will be much more physical so I might be in the gym a bit more,” he told British Vogue in January.