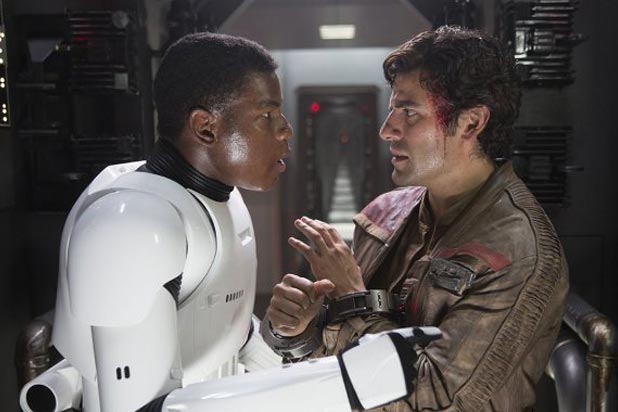 You may be able to quit the debate about C-3PO’s sexual orientation soon.

“Star Wars: The Force Awakens” director J.J. Abrams says it’s inevitable for a film in the franchise to include a gay character, according to comments reported by the Daily Beast at the U.S.-Ireland Alliance’s annual Oscar Wilde Awards Thursday night.

“When I talk about inclusivity, it’s not excluding gay characters. It’s about inclusivity. So of course,” he said. “To me, the fun of ‘Star Wars’ is the glory of possibility. So it seems insanely narrow-minded and counterintuitive to say that there wouldn’t be a homosexual character in that world.”

Abrams has been a vocal proponent of the idea placing female and minority characters at the center of “Star Wars” sequels. Last month, he criticized a lack of merchandise for “The Force Awakens” female hero Rey, played Daisy Ridley.

Abrams will be sticking with the “Star Wars” franchise as an executive producer, but other directors are stepping behind the camera for coming episodes in the franchise.