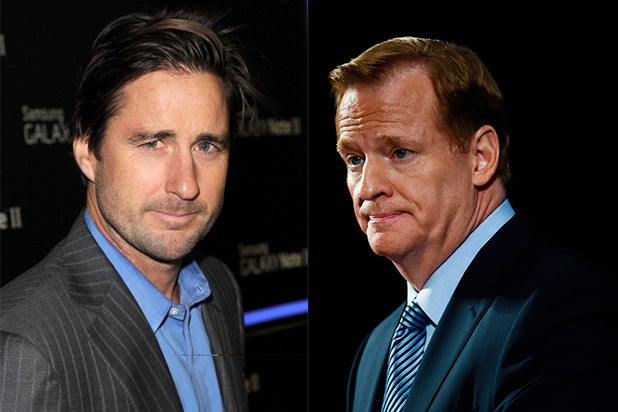 Luke Wilson is in negotiations to play NFL commissioner Roger Goodell in Sony’s untitled football concussion movie, which stars Will Smith and is being produced by Ridley Scott, an individual familiar with the project has told TheWrap.

A representative for Sony had no comment on Wilson’s casting.

Peter Landesman is directing the movie, which is based on the GQ article “Game Brain” by Jeanne Marie Laskas.

Ridley Scott and Giannina Facio are producing with David Wolthoff, Larry Shuman and Elizabeth Cantillon, while the film’s executive producers are Michael Schaefer and David Crockett. Sony’s Hannah Minghella will oversee the project for the studio.

Smith is set to star as Dr. Bennet Omalu, the forensic neuropathologist who made the first discovery of chronic traumatic encephalopathy (CTE) in a professional football player and brought awareness to the public. As he blows the whistle on player injuries, Omalu’s quest humanizes the price paid by professional athletes in impact sports — and the political, cultural and corporate interests that fuel the business of pro sports.

Goodell is the incoming NFL commissioner who leads a summit to investigate the connection between playing football and CTE. He eventually recognizes the connection and donates huge amounts of money to scientific research.