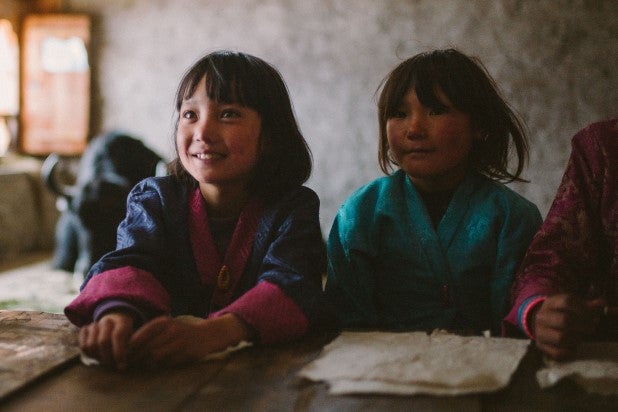 “Lunana: A Yak in the Classroom” — the story about a young displaced teacher who travels to Bhutan and is taught his own life lessons from the happy and kind locals (including a yak) — won the Audience Award for Best Narrative Feature at The Palm Springs International Film Festival (PSIFF), it was announced Sunday.

“Gay Chorus Deep South” — a documentary following the San Francisco Gay Men’s Chorus as the group embarks upon a high-risk tour of the Deep South to spread a message of tolerance — won the Audience Award for Best Documentary Feature.

“Parasite” screenwriters Bong Joon Ho and Han Jin Won won the FIPRESCI Prize for International Screenplay for their tale about two Korean families — one wealthy and one poor — whose live intersect in the most unexpected way.

The jury award categories included the FIPRESCI Prize for films in the International Feature Film Oscar Submissions program; New Voices New Visions Award for unique viewpoints from first- and second-time directors; Best Documentary Award for compelling non-fiction filmmaking; Ibero-American Award for the best film from Latin America, Spain or Portugal; Local Jury Award for the film that promoted understanding and acceptance between people; and the Young Cineastes Award for the film chosen by the Youth Jury. Finally, the GoEnergistics (GoE) Bridging the Borders Award, presented by Cinema Without Borders, honors the film that is most successful in bringing the people of our world closer together.

The Palm Springs International Film Festival (PSIFF) is one of the largest film festivals in North America, welcoming 136,000 attendees last year for its lineup of new and celebrated international features and documentaries. The Festival is also known for its annual Film Awards Gala, which honors the year’s best achievements in cinema in front of and behind the camera.