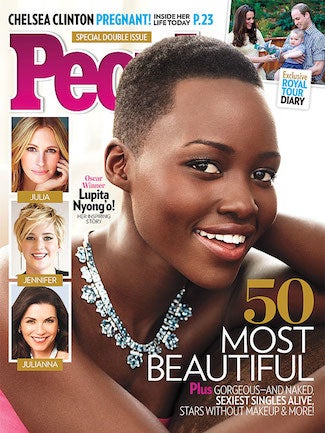 The awards keep on coming for Lupita Nyong’o.

The 31-year-old “12 Years a Slave” star went on an awards season tear that culminated in the Oscar for Best Supporting Actress, and now she’s been named People magazine’s Most Beautiful, topping a list that also includes Keri Russell, Jenna Dewan-Tatum and Mindy Kaling.

“It was exciting and just a major, major compliment,” Nyong’o told the magazine about the honor. “And especially, I was happy for all the girls who would see me on [it] and feel a little more seen.”

The actress struck gold with her first-ever film role, and just recently signed with CAA, which will help guide her through future endeavors. She also recently signed as the new face of Lancome.