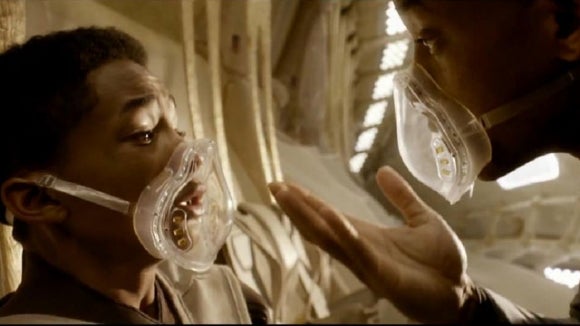 Sony is moving the release date on M. Night Shyamalan's new sci-fi movie “After Earth” up one week to May 31, the studio announced Thursday.

The shift means the film, which stars Will and Jaden Smith, will now open against two thrillers — Lionsgate’s “Now You See Me” and Universal’s Jason Blum-produced “The Purge.”

In its previous slot, it would have opened against the Vince Vaughn-Owen Wilson comedy “The Internship.”

The move will give “After Earth” two weeks to play before Warner Bros. opens its Superman movie “Man of Steel” on June 14. The Sony comedy “This Is the End” will also open that weekend.

But it also moves “After Earth” a week closer to one of the summer’s most crowded weekends, May 24. That’s when Fox’s animated “Epic,” Universal’s “Fast and Furious 6” and Warner Bros.’ “The Hangover Part 3” will all make their debut.

"We are moving 'After Earth' up to May 31," the studio said in a statement. "We love the date. It is a wide open slot on the calendar that allows the film to get a little more summer play time … As you know, we showed footage at Cinemacon Wednesday and the reaction to the material was fantastic."