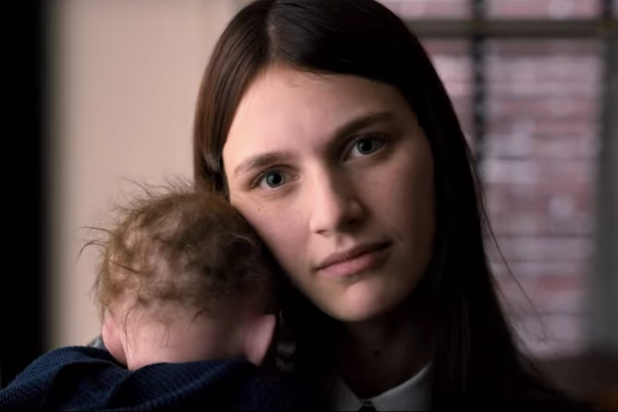 M. Night Shyamalan and Apple have been sued by a female director for copyright infringement over their Apple TV+ show “Servant,” which the plaintiff claims stole its premise from her 2013 film and rewrote it through a male gaze.

Created by Tony Basgallop with Shyamalan as an executive producer, “Servant” follows a couple that has formed an emotional bond with a doll created to resemble their dead infant daughter and the nanny the couple hired to take care of it. Basgallop is also named as a defendant in the lawsuit, as are the rest of the show’s executive producers and the show’s production studios, including Shyamalan’s Blinding Edge Pictures.

Plaintiff Francesca Gregorini accuses the producers of “Servant” of stealing from her 2013 film “The Truth About Emanuel,” which also follows a grieving mother who bonds with a doll after the death of her infant child. Also like “Servant,” the film features a nanny who is hired to take care of that doll and begins to form her own emotional attachment to it.

The lawsuit describes the list of similarities between “The Truth About Emanuel” and “Servant” as one that ranges “from shared grand themes and character arcs, to identical granular details.” But the lawsuit also highlights differences, including how the events of the plot are “sometimes seen through the eyes of two men — who watch and comment on the women’s ‘insanity’ while pounding tequila shots and pondering whether the nanny is ‘f—able.'”

“Gender injustice in Hollywood is not a formal part of Ms. Gregorini’s claim, which stands on its own under the basic principles of copyright law. But it is certainly part of the broader picture of Defendants’ misappropriation of ‘Emanuel,'” argues the lawsuit. “While Hollywood’s patriarchal system sometimes manifests in explicit and raw ways, it can also operate more subtly, as it has here. But the injury to women deserving of equality is no less grievous.”

Apple, which has renewed “Servant” for a second season, did not immediately respond to TheWrap’s request for comment.