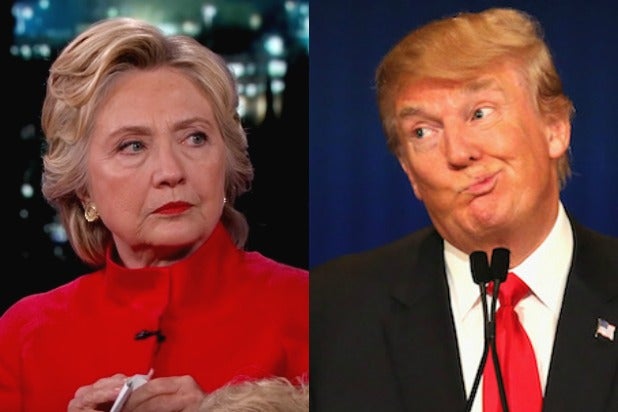 Looks like the old Mac vs. Windows debate now has a political twist to it.

If strictly Mac users had voted in the 2016 election, Hillary Clinton would’ve won in a landslide, according to new data from SurveyMonkey. Based on results from 100,000 post-election interviews, Clinton would’ve hauled in a massive 443 electoral college votes from MacOS respondents, compared to a meek 58 for Donald Trump. Sad! 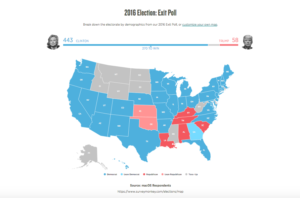 Clinton’s Mac-driven win would’ve been the biggest landslide since George H.W. Bush demolished Michael Dukakis 426 to 111 back in 1988.

Ah, but the country isn’t made up of only Mac users, obviously. The trend flipped — somewhat — for Windows respondents, with President Trump gaining 329 electoral votes — or 25 more than he won in the real election. If the President proposes new legislation to get Windows PCs into the homes of every American by 2020, you’ll know what’s up.

Also Read: Hillary Clinton: 'Covfefe' Was a 'Hidden Message' to the Russians 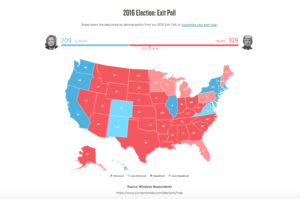 On the surface, the data makes sense; Apple products are pricey, and they’re both favored by people working in “creative” industries and more common in major cities — two demographics where Clinton dominated at the ballot box. Trump’s electoral strength came from rural southern and midwest communities, places where Macs and broadband internet, not to mention jobs where using a Mac is advantageous, are less common.

Interestingly, the data for Mac users didn’t hold up for iPhone respondents. Trump would’ve squeaked out a 291-217 electoral edge if only iPhone users voted, according to SurveyMonkey. And Android users love Clinton, apparently, with the survey showing she would’ve had 353 electoral votes if only Droid votes were cast.

But before you start eyeing the computer-usage habits of your friends and family for clues about how the next election might go, bear in mind that the PC-Mac split doesn’t mean a one to one split in the electorate. According to Business Insider, Mac users comprised only 7.1% of 2016 home computer market share in the United States.

Check out the entire SurveyMonkey map to see how the election broke down over other fault lines, including education, marriage, and gun ownership.