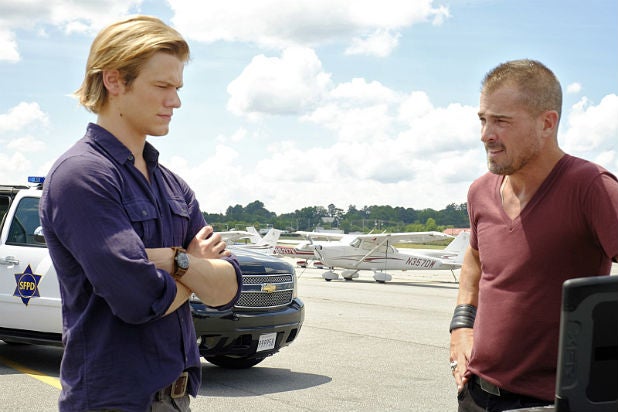 Perhaps it was inevitable: We were destined to have a “MacGyver” reboot. Revisiting classic series for modern audiences has become almost a hobby for networks in the last decade. Most quickly failed (“Charlie’s Angels,” anyone?), but few have ever gone so wrong as this CBS revamp of the ’80s classic.

For those who were not riveted by the exploits of Richard Dean Anderson’s low-tech, high-explosive performance on the original–or for those who have not seen the “Saturday Night Live” spoof “MacGruber” and its inevitable film adaption in 2010–the series’ premise was a simple one: Elite agent MacGyver uses the training of a Boy Scout and the mind of an engineer to save lives, detonate bombs, and, if memory serves, recreate the face on a discovered skull with rubber erasers. He never uses a gun, he always saves the day, and he bears little resemblance to his decade-younger 2016 incarnation, played by Lucas Till.

Rebooting “MacGyver” is not in itself a terrible idea. Surely there are stories–and an audience for them–about living relentlessly low-fi in an overly plugged-in world. And yet the opening scenes of this new version find MacGyver not only clad in a tuxedo instead of the iconic brown leather jacket (it makes an appearance later, not to fear) but donning eyeglasses that allow his offsite handler to see what he’s seeing. That’s a clever, high-concept bit of tech porn–but it’s not “MacGyver.”

The rest of the first episode limps along, strewn with double crossings, appearances from the always-welcome Sandrine Holt as MacGyver’s boss, plenty of action sequences and chases, and a very nasty biological weapon that would kill everyone, including the dastardly villains who plan to explode it. There’s not a lot of logic involved, but hopefully the explosions and George Eads’ casual, rugged charms are distracting enough to prevent you from trying to pay close attention to the plot.

Eads may be the show’s secret weapon, a typical bro sidekick who is nevertheless just off-kilter enough to provide a focal point to the scenes. Till is fine, but slim and blond, he practically disappears onscreen when Eads starts blustering or their new partner, Tristin Mays’ Riley, throws an eye roll with just the right amount of aghast zest.

But the unspoken question hovering over the series is … Why? In the days of streaming series, when one can watch the original, iconic version of almost any series ever made, why do we need to revisit the past without reinventing it in fresh and affecting ways? More importantly, leaving aside the reboot aspect, does the country need another network procedural in which a mismatched trio of bantering co-workers help save the world on the weekly basis, in between romantic entanglements and one-liners? Comfort food television is a necessary and worthwhile product, but “MacGyver” is so bland it’s not even fun for a Friday night in. It’s a rice cake, competing with M&Ms and Doritos for attention. There’s a market for that, but probably not the one intended.