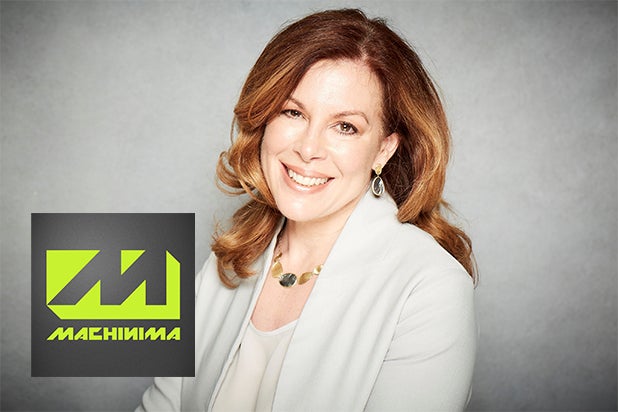 Machinima, the gaming-centric multi-channel network, is hitting the reset button, rebranding on Wednesday to focus on promoting content across several platforms, as well as moving its relationship with Warner Bros. to the forefront.

In an interview with TheWrap, Machinima GM Russell Arons said the “supercharged” company has been built a “symbiotic” relationship with WB, where theatrical releases will be augmented by Machinima videos. The rebrand comes 15 months after after Warner Bros. acquired the company.

“We take a company with a great legacy and evolve it for what’s coming next in terms of platforms, content, and partners,” said Arons, who took the helm last March.

Those platforms are pretty much anywhere gamers can find clips. Machinima has a strong presence on YouTube, with more than 12 million subscribers, and is also partnering with Twitch and Facebook’s Watch to produce new shows. A reality dating show for gamers, “Co-op Connection,” has already launched on Watch, and two more are coming this spring.

Machinima pulls in about 144 million views each month, but to grab more eyeballs, Arons said it’s imperative to have an “authentic voice” when talking to gamers. Doubling down on big name franchises, like “Transformers” and “Mortal Kombat,” doesn’t hurt, either.

Arons also told TheWrap that Machinima is looking to adapt to new gaming waves like eSports. “Body Count Fighting,” which streams on Twitch, pits hardcore players of “Injustice 2,” “Street Fighter,” and “Tekken” one-on-one. And yes, they bring their game consoles inside an actual boxing ring for the eFight.

“eSports, much like physical sports, is really great for a live streaming platform,” she said. “There’s something exciting about seeing it as it happens, and that the fans want to root for their favorite players and participate in those moments of triumph and glory.”

And as Warner Bros. and other studios continue to dabble in virtual reality, Arons said more VR-themed content will sprout up from Machinima. So far, “VR Power Hour,” where gamers talk about being in VR together, is its sole show focused on the budding medium. Arons told TheWrap Machinima needs to churn out fresh content because “gamers are into trying what’s new.”