In an era where people tweet about what they had for lunch and starlets bare their panties on TMZ, there may still be a limit on how much personal information we want to know.

On Wednesday, the blogosphere recoiled after actress Mackenzie Phillips revealed in an appearance on "The Oprah Winfrey Show" that she engaged in a "consensual" sexual relationship with her father, John Phillips, best known as the leader of the Mamas & the Papas. (See accompanying article, "Phillips Admits to 10-Year Affair With Dad.") 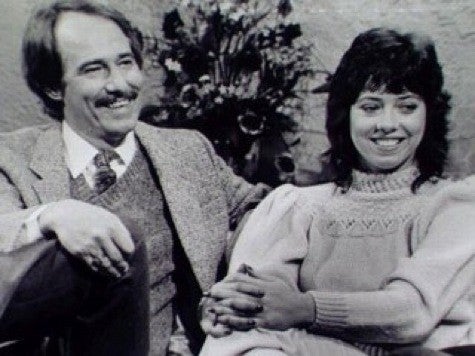 "Worst part of Mackenzie Phillips sleeping with her father is that I have to know about it," tweeted user GerryDugan.
Across Twitter and on other social media sites, the resounding sentiment was that Phillips’ story had crossed into "TMI" … too much information.

"OK Mackenzie Phillips, you could have kept that little tidbit of information to yourself. I don’t care what your therapist said," added mckenziem3.

New York Magazine’s blog Culture Vulture’s Mark Graham said the music of the Mamas & the Papas might now be forever tainted for some fans.
"Have you had problems listening to R. Kelly ever since learning that he (allegedly) engaged in water sports with underage girls?" Graham wrote. "Well, then, if you’re a fan of the Mamas & the Papas (and who isn’t?), we suggest you find something to do this afternoon that doesn’t involve watching Oprah.
"And just to be on the safe side, you might as well forget about reading newspapers and magazines, engaging your co-workers in conversations at the water cooler, or surfing the Internet for the next few days, as some very disturbing news about the late John Phillips has been making the rounds for the last few hours." 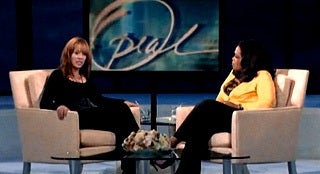 In a memoir published Wednesday, "High on Arrival," Phillips writes that as a 19-year-old on the eve of her 1979 marriage to Jeff Sessler, she was raped by her father. That sexual relationship later became "consensual," she said.
John Phillips died in 2001.
"My father was not a man with boundaries," she writes in her book. "He was full of love, and he was sick with drugs. I woke up that night to find myself having sex with my own father."
The actress is best known for her roles on "American Graffiti" and the hit TV show "One Day at a Time," in which she starred as rebel Julie Cooper alongside Valerie Bertinelli from 1975 to 1983. (Bertinelli showed up on Oprah to offer support for her surprised co-star.)

On Twitter, Phillips’ name was one of the top trending topics on the site Wednesday afternoon as users wrote about their horror and disbelief about the actress’ shocking tale. Some even questioned the validity of her story.

"Once again, a celebrtiy [sic] pimps out their past for money. What a surprise. Who is going to buy this "book’?" user Gilby58 wrote.

Then there was Bill Maher’s approach:

"So … Mackenzie Phillips got drunk one night and had sex with her father for 10 yrs?" tweeted the comedian.

Even Phillips’ own family questioned her intentions in sharing such a personal story.
“She’s really protecting his legacy now, isn’t she?” Michelle Phillips, an ex-wife of John Phillips, said about Mackenzie’s father.
“John was a bad parent, and a drug addict. But [expletive deleted] his daughter? If she thinks it’s true, why isn’t she with a good psychiatrist on a couch?" she told The Hollywood Reporter. "Mackenzie has a lot of mental illness. She’s had a needle stuck up her arm for 35 years. She was arrested for heroin and coke just recently. She did ‘Celebrity Rehab’ and now she writes a book. The whole thing is timed.”
This, of course, is not the first time a celebrity has dropped a bombshell in a memoir. As Gawker reminded readers in a post, former "Brady Bunch" actor Barry Williams revealing in 1992 he had relationships with his on-screen mother and sister. And Joan Crawford’s daughter, Christina, wrote a memoir called "Mommy Dearest" chronicling just how abusive her mother had been to her.
In an interview that aired Wednesday about her memoir on the Oprah Winfrey show, Phillips said she didn’t hate her father.
"I understand he was a very tortured man and passed that torture down to me," she said on the show, stating she engaged in a sexual relationship with her father until she was 29. "It became a consensual relationship over time. I know I can’t be the only person this has happened to. Nobody’s talking about this."
The relationship ended, Phillips claims, when she became pregnant and was unsure of who fathered the baby. Her father paid for an abortion and she "never let him touch" her again.
She said she was the only family member the incestuous relationship had happened with
Phillips will return to Winfrey’s show on Friday to discuss her family’s past with her sister, Chynna.

On Winfrey’s website, viewers seemed more sympathetic, commented with expressions of support for Phillips’ bravery in sharing her story.

"As a male victim and now survivor of child sexual abuse as a a child and a teen by a woman and a man my heart goes out to Ms Phillips," user JayHawker4 wrote. "I’m 45 and still dealing with memories, pain and fallout it has caused in my life."

"We grew up together you and I Mackenzie, you on tv and me watching," added commenter grogswife. "The difference is that I was protected by my parents and you were not. Your life was hell and I am very sorry for you."

After the Winfrey interview aired on Wednesday, Entertainment Weekly also reported that an album featuring unreleased material by Phillips and her father will be released at the beginning of next year. The new collection was in the works before her memoir was released, an attorney who represents John Phillips’ estate told EW.
The new material was recorded in the ’80s, when Mackenzie became a part of the band.
Even as a child, Phillips led a rock ‘n’ roll lifestyle, traveling to luxury locations in Learjets and making pot brownies with her dad’s buddies, she reveals in the memoir.
During her interview with Winfrey, she recalled the time she shot cocaine for the first time as her father "tied her off" and put the needle into her arm.
"He seemed a little nervous, but at the same time, it seemed very commonplace. It seemed like the next logical progression."
Just a year ago, Phillips was arrested for cocaine and heroin possession mere days before her 50th birthday. She had been on her way to a reunion for "One Day at a Time" but was stopped at the security checkpoint of Los Angeles International Airport, where she was handcuffed.
x
Looks like you're enjoying reading