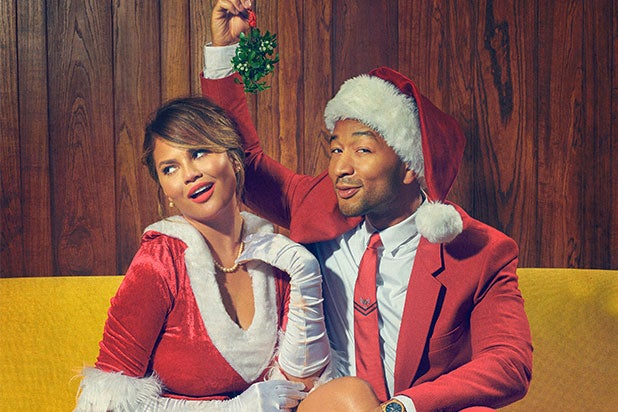 Just in time for its Thanksgiving Day Parade, Macy’s dug up a Chrissy Teigen tweet from Thanksgiving 2014 in which she dismissed the idea of watching the parade.

Why? Because Teigen’s husband, singer John Legend, was performing at the Macy’s Thanksgiving Day Parade in New York City on Thursday morning. It aired on NBC.

“i cannot imagine being bored enough to watch a parade on television,” Teigen tweeted on Nov. 27, 2014. In a tweet of its own that read “#tbt,” Macy’s took a screenshot of Teigen’s tweet, and along with Legend’s tweet from earlier Thursday to promote his appearance at the parade.

Never one to be upstaged — especially on the social media platform — Legend saw the tweet and responded a half-hour after later, taking the moment in stride.

Not to be outdone, Teigen responded to Legend’s tweet by saying, “SOMEONE HAD TO STAY HOME AND COOK FOR OUR CHILDREN AND FAMILY.”

Legend appeared at the parade to promote his new album, “A Legendary Christmas,” which is out now, and the upcoming Christmas special of the same name that he and Teigen are hosting on NBC. Stevie Wonder, Kenan Thompson, Zach Galifianakis, Awkwafina, Derek Hough and more will appear on the special, which airs on Nov. 28.

Check out the tweets below:

SOMEONE HAD TO STAY HOME AND COOK FOR OUR CHILDREN AND FAMILY https://t.co/nHwWXaIG2E