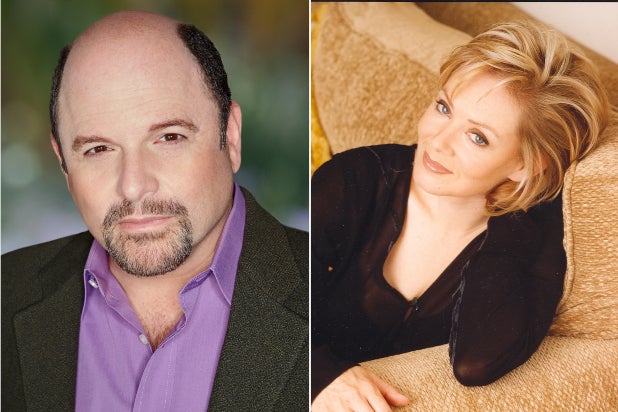 When Spectrum Originals drops the rest of its “Mad About You” revival, it will have a pair of high-profile guest stars. Jean Smart and Jason Alexander will appear in upcoming episodes that will be released on Dec. 18.

Alexander will play himself, while Smart will portray Chelsea Stevens-Kobolakis, an eccentric best-selling author, lifestyle guru and podcaster who runs a weekend seminar that Paul and Jamie attend — accidentally.

Alexander is, of course, best known for his role as George Costanza on “Seinfeld” while Smart is currently starring in HBO’s “Watchmen” series.

The first batch of “Mad About You” episodes dropped on Nov. 20.

Charter’s Spectrum ordered the limited series back in March., with Paul Reiser and Helen Hunt reprising their roles. The series explores the fertile ground of modern marriage through the eyes of the Buchmans as newly minted empty-nesters after dropping their unpredictable, hard-to-control daughter Mabel (Abby Quinn) off at college.

“Mad About You” is produced by Sony Pictures Television in association with Comedy Dynamics. Peter Tolan serves as showrunner, executive producer and writer. Helen Hunt and Paul Reiser executive produce alongside Brian Volk-Weiss, Michael Pelmont and Matthew Ochacher. Danny Jacobson, who co-created the show with Reiser will serve as an executive consultant.

Alexander is repped by Innovative Artists and Yumkas Entertainment, while Smart is represented by WME and Untitled Entertainment.