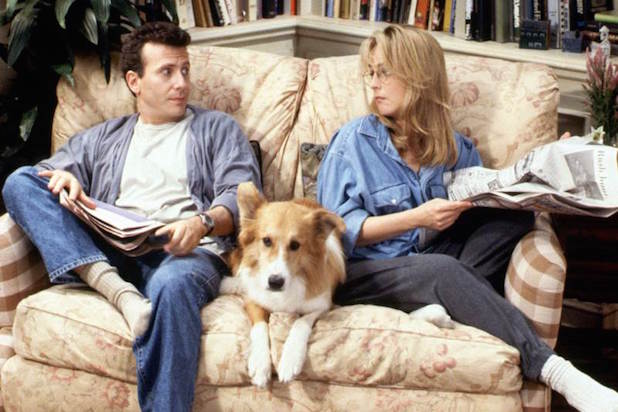 Congratulations, reunion haters, you have one less to worry about now, as Paul Reiser says networks haven’t actually been so mad about the “Mad About You” revival.

“It’s kind of stuck in the business end of it now,” Reiser, co-creator and star of the ’90s sitcom, said in an interview Tuesday with the Tampa Bay Times. “Sony is trying to figure out from their end; that’s where I just walk away and go, call me when you figure it out. I don’t know what happens at that level. They make their deals with whoever they make their deals with. So we’ll see if it happens. It may not happen. It likely won’t happen. My guess is it won’t happen.”

The plot would have seen Paul (Reiser) and Jamie (Hunt) Buchman deal with their now-17-year-old daughter Mabel as she gets ready to go to college, according to TVLine.

If the revival manages to see the light of day, Reiser says “in a dream world, it would be on a streaming (platform). I don’t know if we’re going to do it, but if it did come back, I would much rather do it on a streaming platform than a broadcast.”

“Mad About You,” ended its seven-year run in 1999 with a 22-year time skip to show how everything turned out for the couple, which is one of the reasons Reiser had previously expressed hesitance to resurrect it.

“Our thinking at the time was, ‘Let’s make sure we never get tempted to come back — let’s tell them what happens,'” Reiser told People last October while doing press for “Stranger Things 2.”

Fox, NBC, CBS, ABC and Sony TV did not immediately respond to TheWrap’s request for comment about the “Mad About You” revival’s current status at the networks.