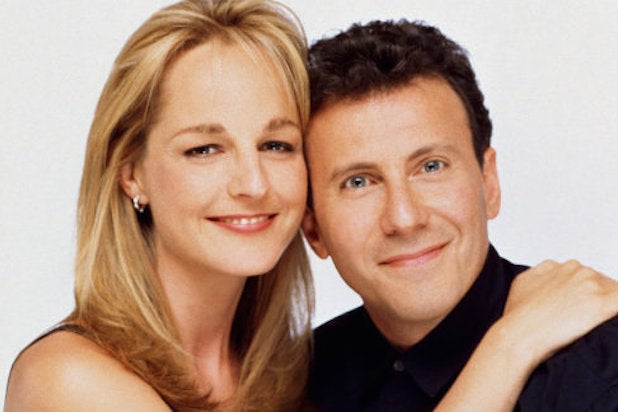 Nearly 19 years after its final episode aired, “Mad About You” may be coming back.

TV Line and The Hollywood Reporter report that producer Sony Television is holding informal talks with stars Paul Reiser and Helen Hunt to revive the 1990s NBC sitcom for a limited run.

The plot would likely see Paul (Reiser) and Jamie (Hunt) Buchman dealing their now-17-year-old daughter Mabel heading off to college, according to TVLine.

Also Read: 'Stranger Things' Star Paul Reiser Previews His Character: 'Is He a Good Guy or a Bad Guy?'

The sitcom ended its seven-year run in 1999 with a 22-year time skip to show how everything turned out for the couple, which is one of the reasons Reiser had previously expressed hesitance to resurrect it.

“Our thinking at the time was, ‘Let’s make sure we never get tempted to come back — let’s tell them what happens,'” Reiser told People in October while doing press for “Stranger Things 2.”

“If we can find the story to tell, and anybody’s interested, I’d be open to it,” he added. “To me, it’s interesting when I see my kids are growing and leaving the house. It’s like, ‘Oh.’ It’s like that moment when you get married. It’s like we’re in a new world that we don’t know the rules of.”

According to TVLine, NBC is not involved in the talks.

Representatives for NBC, Sony, and for Reiser and Hunt did not immediately respond to TheWrap’s request for comment.