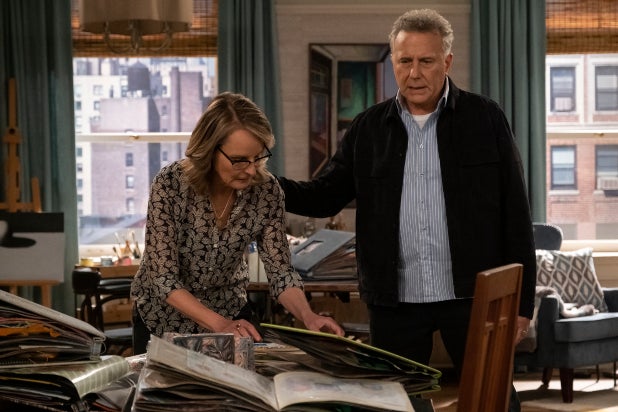 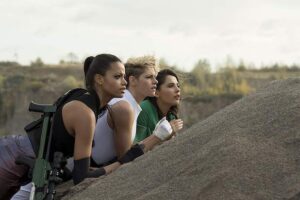 It’s rough out there for cable companies, who can’t seem to stop customers from dropping their pay-TV subscriptions in favor of streaming. One cable company, however, thinks it has the answer.

Charter’s Spectrum turned heads earlier this year when it picked up the “Bad Boys” spinoff, “LA’s Finest” (which was passed on by NBC) and made it exclusive to its 17 million pay TV customers. It’s a bold move from the No. 2 cable company in the U.S., which is trying to stem the tide of the current mass exodus towards streaming. On Wednesday, Spectrum will bring back former NBC comedy “Mad About You” for a limited revival, one that sees Paul Reiser and Helen Hunt’s Paul and Jamie Buchman deal with being empty-nesters now that their adult daughter Mabel is off to college.

Traditional TV, which includes cable and satellite providers, were hit with a record number of net customer losses during the third quarter, with more than 1.7 million people ditching their service. This comes as a major media companies like Apple and Disney have entered the streaming era with their own subscription-based offerings, with WarnerMedia and NBCUniversal following suit next year.

Also Read: 'Mad About You': Carol Burnett to Return for Revival on Spectrum Originals

In January, Spectrum hired Katherine Pope, a longtime TV executive who spent a decade with NBC and most recently ran the TV division of Jeff Robinov’s Studio 8, to head up the company’s original programming plans. Spectrum Originals made its debut with “LA’s Finest” in May — the series was renewed for a second season — and now “Mad About You.”

Additionally, Spectrum has signed deals with Viacom and AMC to co-produce future series, the first which is “Paradise Lost” with Viacom, and will also have the second season of “Manhunt,” which it picked up from Discovery.

Pope spoke with TheWrap about how original content is changing Spectrum from a cable company to a “connectivity” company and why they purposely aren’t trying to be like Netflix or Disney. The following has been condensed and edited for clarity.

Also Read: 'Mad About You' Revival Gets Premiere Date From Spectrum Originals - Watch a Teaser (Video)

Why does Spectrum to want to get into original content in the first place? What is the strategy?

We’re not here to be the coolest kids in the room. We actually just want to make great shows and bring value to our subscribers. We don’t really need people to talk about it, other than them. The overall strategy is just making sure that we’re connecting with a subscriber in every way. Premium content is hugely important to viewers and the way people are connected to their TV shows is such an emotional relationship.

While everyone is zigging, we’re zagging. We have a really specific footprint. The shows that we’re doing, by design, are not on anywhere else.

How does having a smaller subscriber base (17 million video customers) affect your development, especially when you’re pitching someone on bringing their show to Spectrum?

We’re here to make shows that people aren’t making. There is a perception that, because there is so many different services out there, that all these stories are now getting told. But the truth is, in that world everyone is concerned with breaking out. That, to me, creates a little bit of a blockbuster culture – the “featurization” of TV. Having to have big stars. Having to have IP.

For me, the benefit is that I don’t feel that pressure. We have a relationship with our subscribers.We kind of are slicing up our demographic and making shows for different groups of people. We don’t need every show to resonate with every subscriber, but we want every subscriber to have one show that they’re like, “That’s my show.”

A “Mad About You” revival has been in the works for a while. How did it land at Spectrum?

It was over a year ago [that] we heard the pitch. What we really responded to, was the point of view. The empty nest experience really hasn’t been told. That was really where we started getting excited. This is exactly what we’re trying to do. We’re trying to give voice for stories that haven’t been told for whatever reason.

In terms of your output level, how many shows are you looking at putting on a year?

We haven’t put a number on it, but to be clear, this is about curation. It isn’t our goal to have volume. It’s our goal to really hand-pick shows for our subscribers and be sort of an antidote to the overwhelming Amazon or “Walmart-ing” of TV shows. We want it to feel like everything that we do is really special and really hand-picked. The volume is never going to be high. It’s always going to be pretty contained. We’re definitely not in the volume game. No interest in that.

Is there any future where Spectrum Originals become available to non-Spectrum subscribers?

I see that happening in a couple different ways. We have a few larger deals with AMC and Viacom, which both contemplate starting on our platform and then going to one of their sister platforms. We will have a show in 2020 that starts on our platform and then goes to the Paramount Network. We have a bunch of stuff in development with both AMC and BET – and as Viacom expands, I think there’s a lot of conversations there.

In a couple months we’ll be out of our exclusive window for Season 1 of “LA’s Finest.” It will be interesting to see if that changes our viewership profile, in terms of non-exclusivity. We’re so early into this that we haven’t even gotten out of an exclusively window.