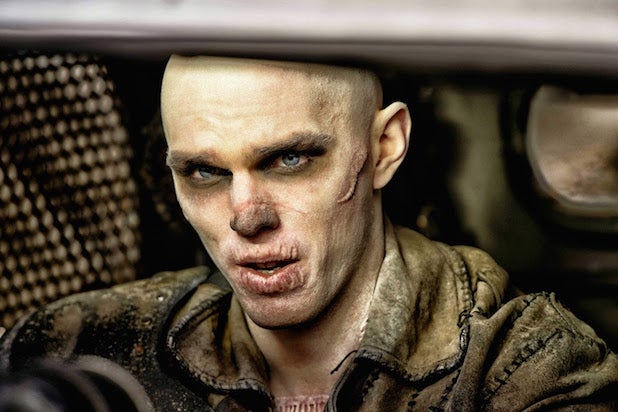 The fourth entry in George Miller‘s “Mad Max” franchise, which is nominated for an Oscar for Best Makeup and Hairstyling (the Academy punctuates those titles differently than the guild), won for its period and/or character make-up, and for special make-up effects.

The other Oscar nominees for makeup and hair, “The Revenant” and “The 100-Year-Old Man Who Climbed Out the Window and Disappeared,” were not nominated by MUAHS.

The show’s big winner, though, was “American Horror Story: Hotel,” which won three awards in the television miniseries categories, and another two in the commercials and music videos categories.

“Game of Thrones” and “Dancing With the Stars” each won two TV awards, while “The Walking Dead” won one.

Other double winners included “Alice in Wonderland” in the theatrical categories, and “Henry Danger” in children’s television.

Also Read: Oscars Nominee Ad Campaigns: It's a Dogfight to Be 'The Important Movie'

Make-up Artist Ve Neill and hair stylist Yolanda Toussieng received Lifetime Achievement Awards, which were presented to them by Johnny Depp, with whom they worked on “Ed Wood” and “Edward Scissorhands,” among other films.