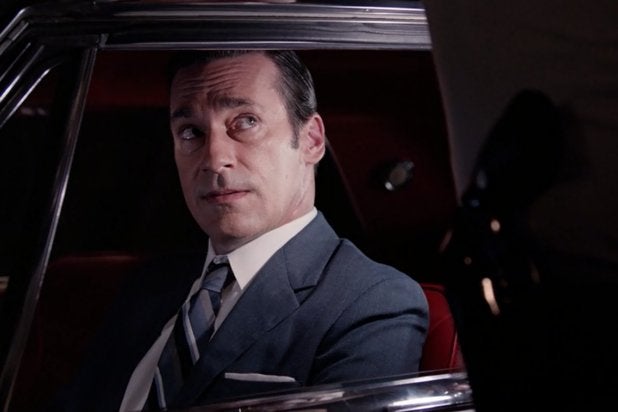 The “Mad Men” series finale aired on Sunday and fans immediately took to social media to beg for more.

Famous fans of the cigarette-smoking, alcohol-guzzling advertising gurus were also quick to chime in, voicing their support for the series finale as well as throwing in a few humorous quips to boot.

See how Hollywood stars including Adam McKay, Patton Oswalt and “Fault in Our Stars” author John Green felt about Don Draper’s farewell below.

Some people on Twitter are so upset about the #MadMenFinale they may never watch the show again.

Whoa. Last time we get these Mad Men credits.

Two hours to go until final episode #MadMen. Will any of us be able to sleep tonight? I’m weepy just thinking about saying goodbye.

The final shot of the #MadMenFinale gave me chills. I want to be snarky but it’s the truth. Everything Is Co-Optable. Truth & warning.