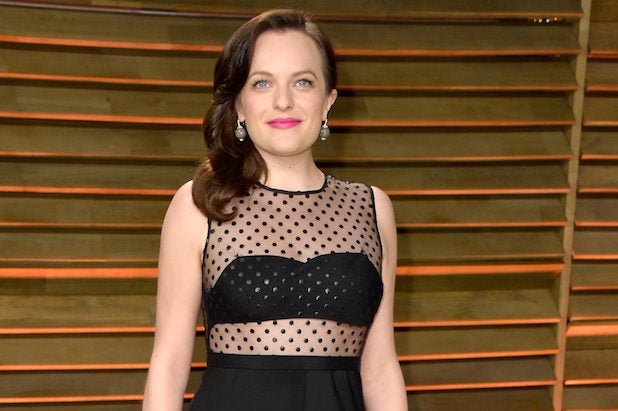 “Mad Men” star Elisabeth Moss doesn’t want to talk about her affiliation with the Church of Scientology anymore, but she’s still open to discussing her “extremely traumatic and awful and horrible” marriage to former “Saturday Night Live” star Fred Armisen.

“Looking back, I feel like I was really young, and at the time I didn’t think that I was that young,” Moss told New York Magazine. “It was extremely traumatic and awful and horrible. At the same time, it turned out for the best. I’m glad that I’m not there. I’m glad that it didn’t happen when I was 50. I’m glad I didn’t have kids. And I got that out of the way. Hopefully. Like, that’s probably not going to happen again.”

“I’m not going to talk about it anymore,” the 31-year-old Emmy nominee and Golden Globe winner told the publication. “I said what it meant to me, and anyone can go and look at that if they want to know what I feel. But now it’s private, off limits.”

Also read: Emmys: How ‘Mad Men’s’ Perfect Peggy Got Down and Dirty for ‘Top of the Lake’ (Video)

Previously, Moss has said the controversial religion incorporated by science fiction author L. Ron Hubbard in 1953 was  “grossly misunderstood by the media.”

“I would feel the same way, honestly,” Moss continued in her latest — and maybe last — commentary on the subject. “I think if there was something that I didn’t know and didn’t understand, I would probably feel as opinionated. You know how you’re opinionated about when someone breaks up? Celebrities break up and you just feel like you know what happened?”

Despite reading “100 percent made up” things about her 2010 break up with Armisen in the tabloids, Moss admits that even she is “not perfect in that way,” and enjoys reading “a little” celebrity gossip and looking at pictures of the stars.

“I always knew that the stuff that you read is not true, but when I was in the situation and you really, actually read things that you apparently said or did that are 100 percent made up … It’s just the strange,” Moss said.  “Simple thing of, that’s your heart they’re talking about, and it just … it sucks.”