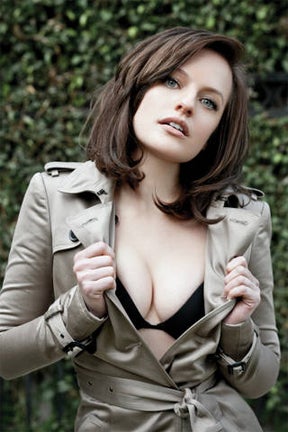 “Mad Men” star Elisabeth Moss is chatting publicly for the first time about her 2011 divorce from “Saturday Night Live” star Fred Armisen, and she takes a swipe at her ex-husband while revealing the reason for the split.

“One of the greatest things I heard someone say about him is, ‘He’s so great at doing impersonations. But the greatest impersonation he does is that of a normal person,'” Moss says in the new issue of Page Six Magazine. “To me, that sums it up.

“And I think that’s … that’s it,” Moss continued. “I’ve never told anyone that. And I don’t want to waste any more of my life talking about it.”

Asked if she keeps in touch with Armisen, Moss replies: “Oh, God, no.”

Moss and Armisen met in 2008 when she was visiting “Mad Men” co-star Jon Hamm while he hosted “SNL.” The couple married in October 2009.

As for the fifth season of “Mad Men,” which premieres on AMC March 25, Moss is typically cryptic, except to say she is “ecstatic with what happens this season.”

“I think the audience is going to be surprised,” says the actress, who posed for Page Six Magazine in some decidedly un-Peggy Olson-like outfits (see photo at left). “For me, it was very meaningful with what happens to Peggy.”