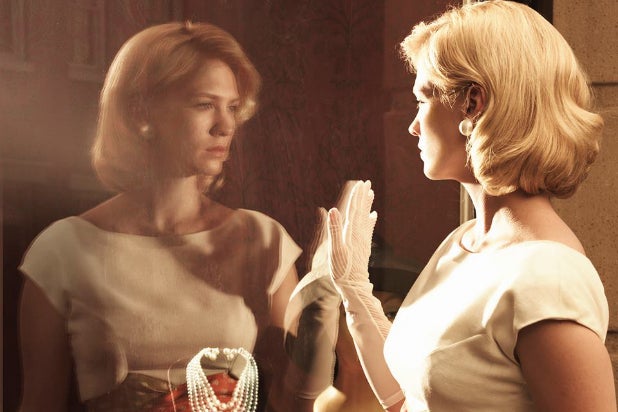 In the first few seasons of AMC’s hit drama, “Mad Men,” Betty Draper was a naive young housewife who put up a lovely facade while her lying, philandering husband slept his way around New York City.

But Betty’s arc since then has taken her far from that role.

In a new video premiering exclusively on The Wrap, “Mad Men” star January Jones takes viewers through her character’s journey to an “evolved” woman who refuses to be victimized.

“I think that she went from being very implosive — always burying her emotions and all about the facade of who she is and what the American family is — to someone who’s been through so much emotionally,” Jones says.

“I don’t know if she’ll ever be truly a nice or more pleasant person, but she’s definitely stronger,” Jones added. “And I respect her more than in the beginning.”