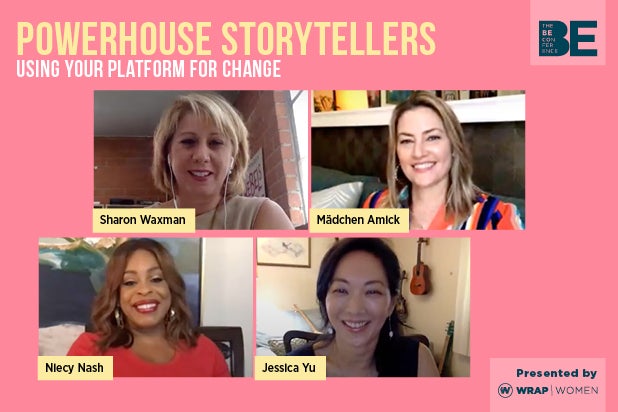 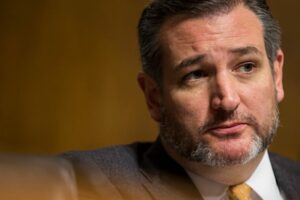 Mädchen Amick, Niecy Nash and Jessica Yu on Creating Your Own Path: ‘I Had Drive, I Had a Plan’ | Video

BE Conference 2020: ”I didn’t need anybody to believe what I feel like God told me my path was,“ Nash says

Actresses Niecy Nash and Mädchen Amick and director Jessica Yu took matters into their own hands to get to the place they are today with a little bit of drive and lots of hard work.

“I was a huge fan of films so when I went into high school theater is when it struck me that that’s what I wanted to do,” Amick, whose credits include “Twin Peaks” and “Riverdale,” told TheWrap’s editor-in-chief Sharon Waxman during the virtual BE Conference on Tuesday. “At 14, I went to visit my sister in L.A. and while I was down there, I concocted this plan to get into the industry sooner than later… I thought, I’m going to model, do commercials, do music videos, anything I can to pay the bills until I can get my acting career off the ground.”

She went to Elite Models, and an agent told her that if she came back at 16, emancipated, she’d get representation. She told her parents that if she couldn’t provide for herself within a year, she’d come back and go back to school. “I was really driven to make it within that year and my mom just told me, not too long ago, ‘you started paying for yourself within three months. You took over everything.’ I had drive, I had a plan, and I just worked really hard from the moment the sun came up to the moment the sun went down. I auditioned for everything, then that caught hold and ‘Twin Peaks’ changed everything.”

Yu, an Academy Award-winning director for the short “Breathing Lessons,” whose other credits include “Fosse/Verdon,” “13 Reasons Why” and “Billions,” said she “fell into production” and started as a PA on commercials where her first job was “arranging frozen noodles on plastic forks.”

She explained that John Wells of John Wells Productions, whose projects have included “The West Wing” and “ER,” invited her to observe and learn and guaranteed her to direct an episode. “I still don’t know why they picked me,” she added.

“I made my own fake letterhead to make it look like I had my own company — it’s been a slightly scrappier practice on that end,” she said, laughing.

Nash, who recently starred in “Mrs. America,” “Never Have I Ever” and “When They See Us,” said unlike Yu, no one saw anything in her, so she had to make her own path.

“I didn’t need anybody to believe what I feel like God told me my path was,” Nash explained. “When I decided I was going to be an actor and I decided I wanted to do a project, I didn’t have an agent, I didn’t have a manager — I called casting and said, ‘this is Niecy Nash, I’m broke, I have a baby and I need a job.”

She went on to explain that she went to a producer session for the movie “Boys on the Side” starring Whoopi Goldberg and Matthew McConaughey, where she read five lines and didn’t quite understand why they didn’t tell her then and there whether she had the job.

“I started fussing, I told them it was not fair that I drove all the way across town, and shame on you,” she said. “I didn’t know how it worked. While I was fussing and making a big fuss in the room, the director looked at casting, and said, ‘she’s adorable.’ And there you have that. Eventually, not on that day, but I did get the role and I was able to go to New York and film it. I almost missed being in the movie because when they said someone was going to pick me up, I thought in a Toyota Camry.  And when I saw the limo in front of my house, me and my mother looked outside of my window for 30 minutes because we thought the lady next door had died!”

But while the three ladies created their own career path, they still felt, and feel to this day, opposition because they are women. And Amick said this feeling won’t change until there are more women at the top of major companies, studios and networks.

Also Read: Maisie Richardson-Sellers and Madison Bailey on the Importance of Positivity in Queer Representation (Video)

“I remember the very first day I was directing on ‘The West Wing’ and I parked in the designated director parking space, and this elderly security guard said to me, ‘oh miss, only the director is supposed to park there,’ and I said, ‘I know it’s weird for me too!'” Yu explained. “That’s where we were back then.”

Amick quickly stepped in, saying, “we’re still there now — I still see attitudes of crew and cast members when a female director comes on… As women in general we communicate differently so it’s not like ‘do this, do that,’ it’s more ‘like, what do you think of that?’ Sometimes I see those conservative crew members say, ‘ugh, here we go, women taking the reins again.'”

“I don’t care about that,” Nash responded. “I directed my episode of ‘Claws’ and when I get the opportunity to tell someone what to do, I will do it. I love that part of it. The other thing I was going to say, I had my children early too — I want to shout out people who have to take care of other people and still manage to live your dream.”

“I had a family member say when I was pregnant, ‘well, you had a good career while it lasted,'” Amick added. “And I was like, ‘oh, we’re still going to do this.’ Can you be a mom and still be a career woman? Yeah, you can.”

The three panelists also discussed what they’ve learned through the Black Lives Matter movement and elaborated on their own experiences with racism. Amick explained that because she married a man of “African and Spanish mix” and had two children that are of mixed ethnicity, her family has experienced extreme racism.

“We’d go on red carpets and to events and I was targeted by white supremacy groups about mixing races and [getting] death threats and having to have police protection and it drove my husband and I to just being very private,” she explained. “It got to the point where our kids would be registered in school under a pseudo name, we moved to New York and then to Connecticut and we were really impacted by racism there — we actually fought back in a court case… it was sad that we had to have those conversations with our kids, that you are going to be treated differently because you have brown skin.”

Nash then walked through her own recent experience with racism, which occurred shortly after George Floyd’s murder: “maybe not that long thereafter, my son left the house and was stopped by the police, they pulled the taser on him, they keep it on him the whole time while they ran the license and registration. It doesn’t matter who you are, it doesn’t matter what you do for a living, it matters what you look like,” she said.

Yu added that the Black Lives Matter movement has, among other things, opened up the space for more conversations about racial issues.

“These conversations about race and police brutality and social justice, it’s a part of our lives right now,” she said. “At the dinner table before, there was this idea, ‘oh we don’t talk about those things’ — Now, that’s what we talk about. That’s the indication that there is more of an appetite for these stories. It’s a place people want to go to. So when we get into production again, I think there is going to be more room at the table for this, so it does give me hope.”

2019 BE Conference Speaker and Mentor Portraits, From Frankie Shaw to Amy Pascal (Photos)