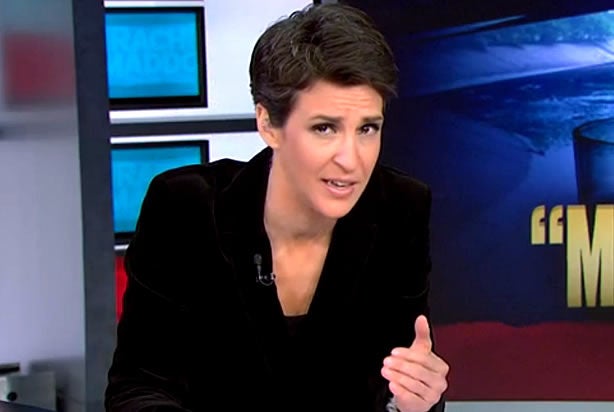 Twitter is demonstrating in no uncertain terms tonight that what has been hyped cannot be un-hyped, after an episode of MSNBC’s “The Rachel Maddow Show” left lots of online viewers feeling intensely let down.

Maddow sparked a firestorm of hype late this afternoon with a single tweet, announcing she had acquired at least part of one of the great white whales of modern political history — Donald Trump’s tax returns.

Trump broke with decades of tradition during his campaign to become President, consistently refusing to release his tax returns even as Democrats, journalists, and even other Republicans insisted he do so. This only increased suspicions by Trump critics that the reason for his refusal is that his tax returns contain some kind of bombshell showing him beholden to foreign governments, in debt up to his eyeballs, or just generally not great at business.

However, revealed tonight was simply a few sheets of Trump’s 2005 return, disclosing how much money he made and how much he paid in taxes ($38 million), and not much else. All fairly run-of-the-mill and more or less devoid of anything scandalous.

Maddow seemed to try to bring expectations down to a more reasonable level with a clarification she tweeted about 30 minutes before tonight’s episode began:

But, of course, it was too late. Expectations were sky high as quite a lot of people tuned hoping to learn the ins and outs of Trump’s true financial situation. And when the only thing that hit the screen was “Trump paid several tens of millions in taxes,” the Internet was, understandably, disappointed. Well, except Trump supporters, who were delighted. So it is that Twitter soon became awash in negative reactions to the great Trump tax reveal that wasn’t with jokes about everything from bad pornography to the Super Bowl to the 2017 Oscars debacle.

Read on for a sampling.

.@maddow checking the reaction to her big.Trump taxes reveal… pic.twitter.com/P4EEFj8o84

I turned off the Rachel Maddow report thirty minutes in. Somebody let me know if the patriots turn this thing around after halftime.

The best part was when Maddow opened the tax return and it said La La Land won.

In PR we call it "managing expectations"- what Rachel Maddow didn't do. Unfortunate. pic.twitter.com/6IzWZfG7iX

When your parents say you're going to Disney World but then they take you to Six Flags pic.twitter.com/zWJ0In1ifb