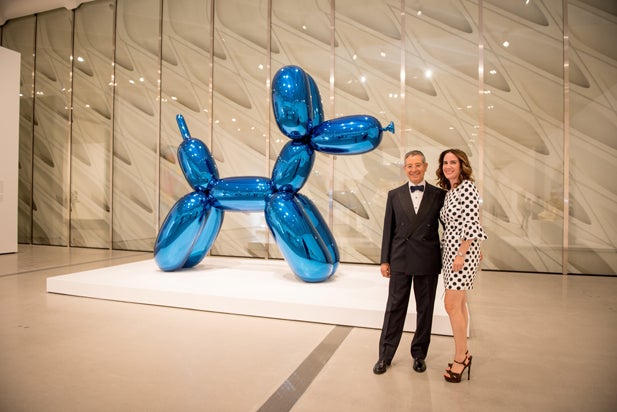 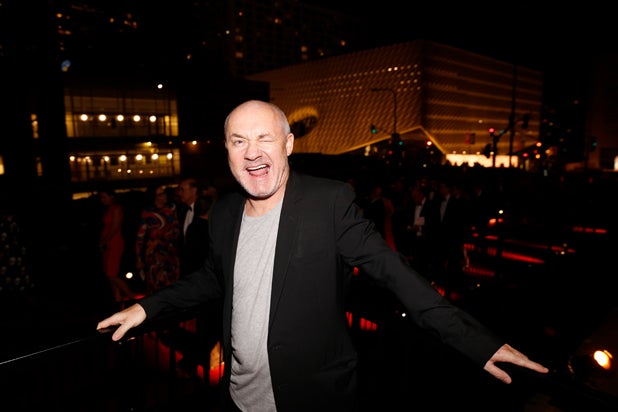 Getty Images from the opening of the Broad Musem in L.A. in 2015
... or art world celebrity sightings like Damien Hirst... 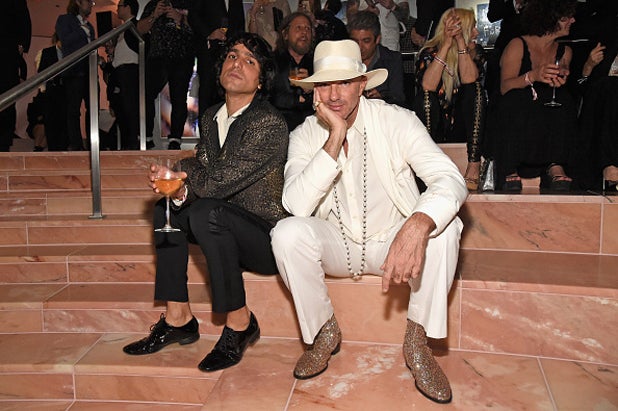 Getty Images from Art Basel 2016
... or some well-dressed characters that walked off the page of a Woody Allen script... (that's artsy hotelier Alan Faena on the right)... 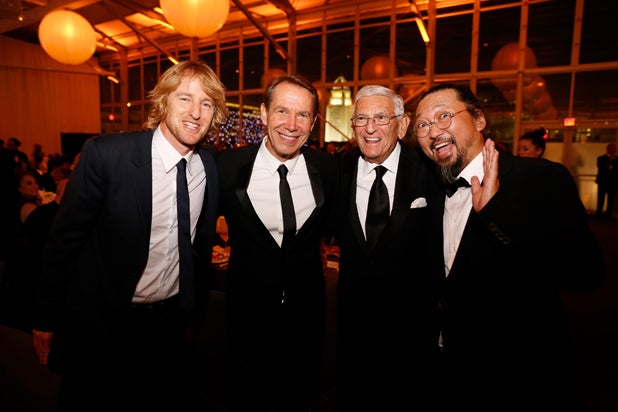 Getty Images from the opening of the Broad Musem in L.A. in 2015
... or maybe a scattering of Hollywood A-listers schmoozing with the captains of the modern art world, like Owen Wilson here with Koons, Eli Broad and Takashi Murakami. 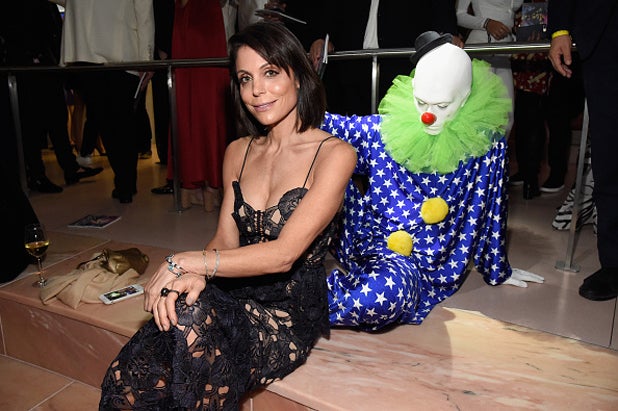 Kevin Mazur/Getty Images for Bulgari
Instead, Art Basel is a lot of this: Bethenny Frankel with a clown... 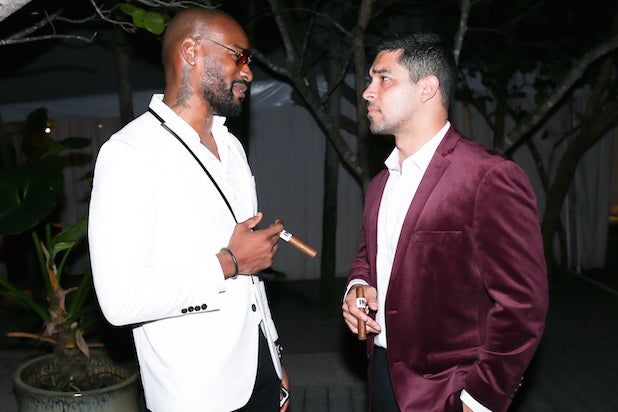 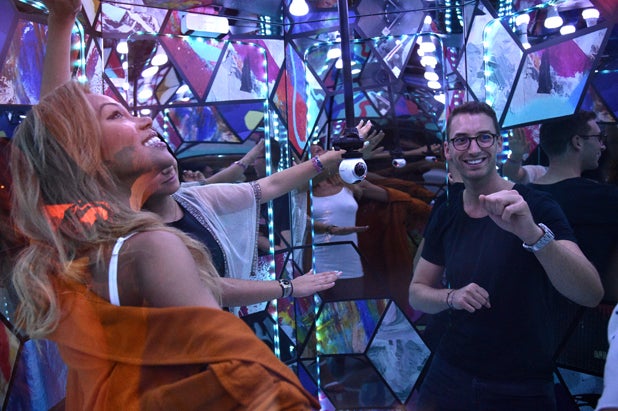 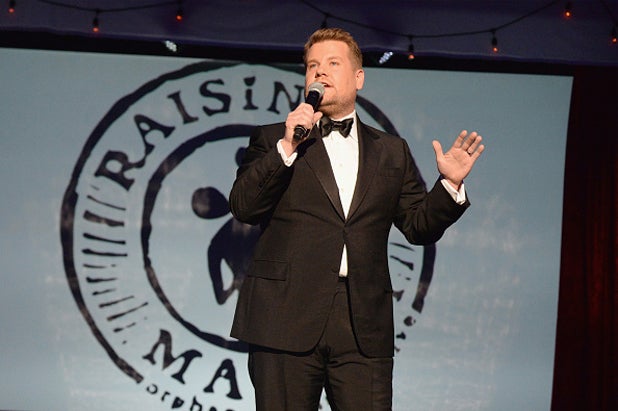 Getty Images
And this guy. In addition to taking over the Grammys, James Corden hosted Madonna's glitzy fundraiser on Friday night. It continued the music icon's streak of one-upping other tentpoles with her own party that steals the thunder. (See also: Her Oscar night bashes that drain the Vanity Fair party). Also Read: Madonna Tells Sean Penn ‘I’m Still In Love With You’ (Video) 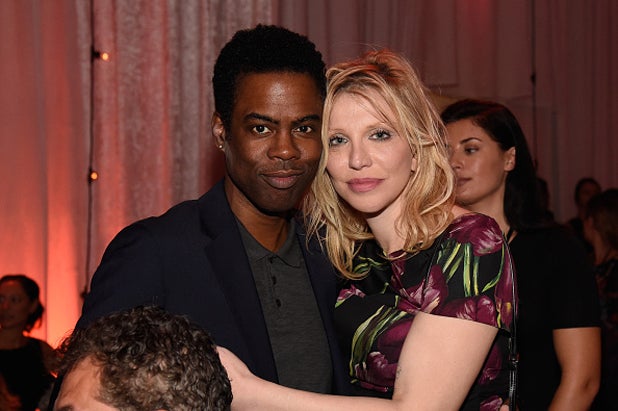 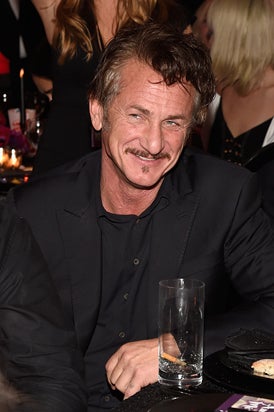 Kevin Mazur/Getty Images for Bulgari
...to Sean Penn (who may or may not be responsible for that cigarette in the glassware)... 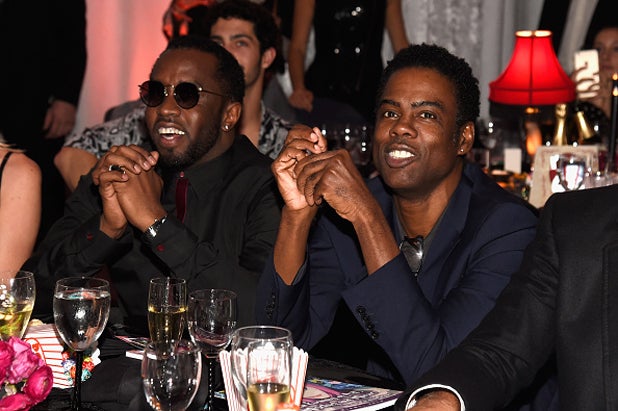 Kevin Mazur/Getty Images for Bulgari
...the Party Report picks apart celebrities' tenuous connections to art week in South Beach. Let's start with Diddy (left), who was palling with Chris Rock. Diddy's a part-time Miami local and has his hands in everything, including Forbes' highest paid celebrity list. He's in his element here at Madonna's bash. 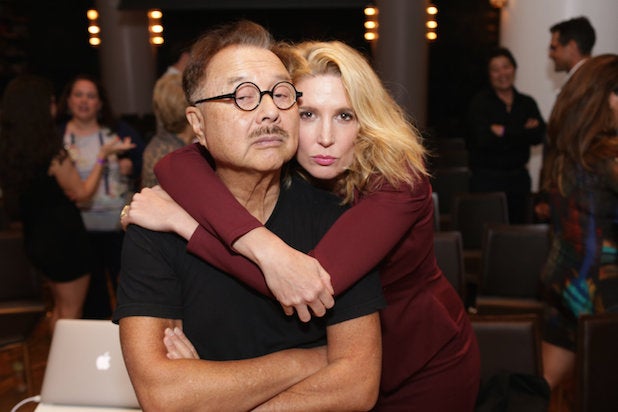 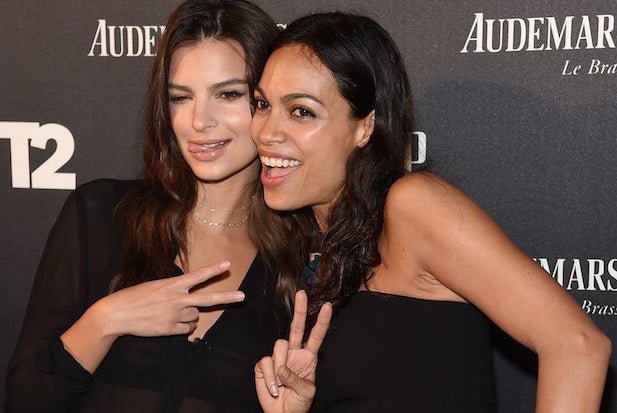 Jamie McCarthy/Getty Images for Take-Two Interactive
SUBJECTS: Emily Ratajkowski and Rosario Dawson.   CONNECTION to Art Basel: For Rosario, speaking at game publisher Take-Two Interactive's mashup of the art, gaming and entertainment communities. For Emily, we're not sure.   RANDOMNESS: High, but not quite "Jennifer Aniston on SNL" random. 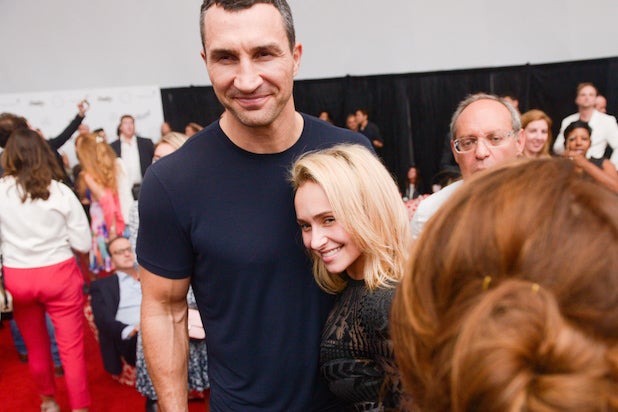 Hunter Abrams/BFA
SUBJECTS: Boxer Wladimir Klitschko and Hayden Panettiere. WHAT ARE THEY DOING HERE? According to the Daily Mail, putting on a "loved up display" to dispel breakup rumors. The big-and-little pair hit the hot party on the front of the week (see what I did there?), the Daily Front Row's bash at the Faena Art Dome. DECISION: The couple rarely goes to things like this. Winner by TKO... Random! 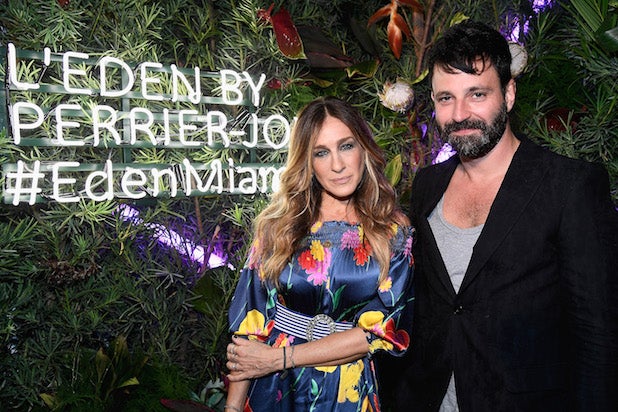 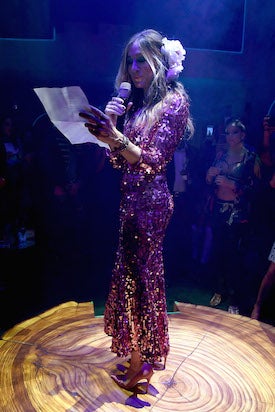 Frazer Harrison/Getty Images for Perrier-Jouet
"I proudly raise my glass and toast the team who put together this entertaining and colorful evening," SJP told the crowd at Casa Faena. 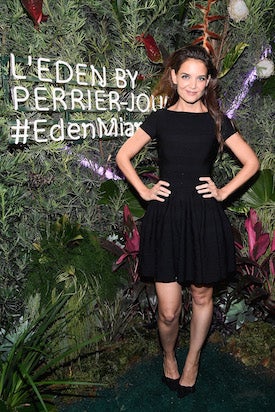 Frazer Harrison/Getty Images for Perrier-Jouet
SUBJECT: Katie Holmes   CONNECTION: Unclear. She hit the same party as Sarah Jessica Parker.   VERDICT: It's been over 80 degrees in Miami this weekend. At night, it's down to 47 in L.A. In light of the bygone TomKat era, Holmes' randomness should be graded on a curve. 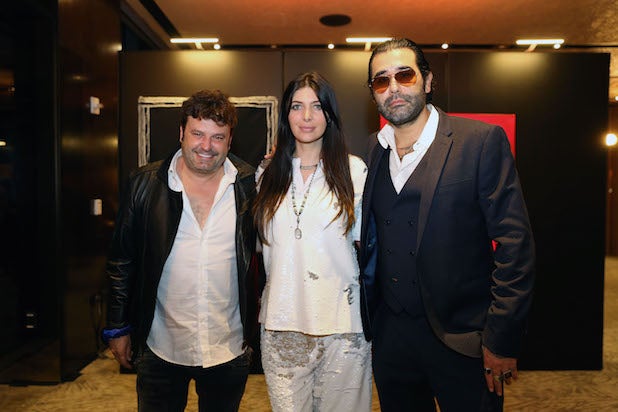 World Red Eye
SUBJECT: Brittny Gastineau (center), who was a reality TV pioneer while her pal Kim Kardashian was still best known as a celebrity closet organizer.   CONNECTION: Gastineau hosted a show for artist Domingo Zapata (left) at EAST, Miami, a boutique hotel on Brickell. VERDICT: On-brand for the sizzle over substance nature of Art Basel. 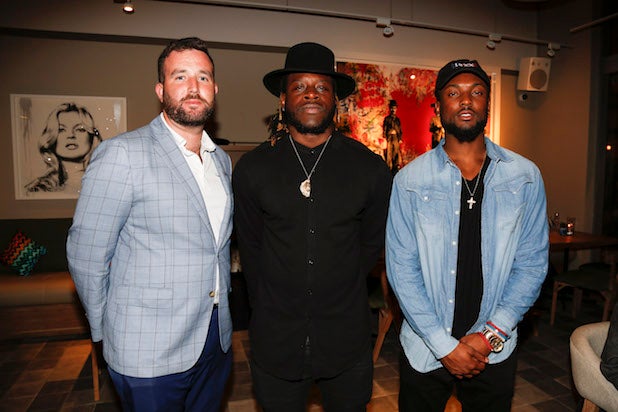 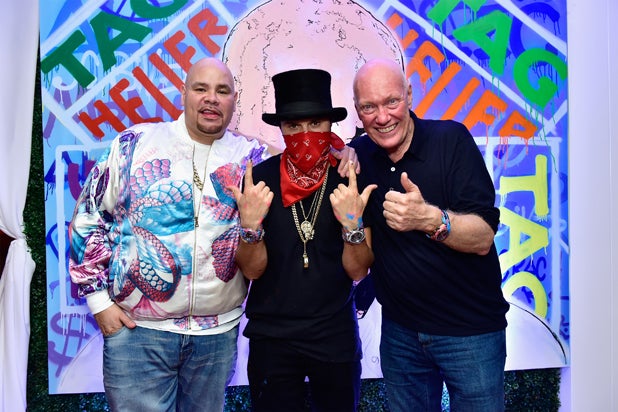 Eugene Gologursky/Getty Images for TAG Heuer
SUBJECT: Rapper Fat Joe (left), at a TAG Heuer watch event, with artist Alec Monopoly (center)   CONNECTION: Known best as the leader of the "Terror Squad" rap collective and his hit "Lean Back," Joe has been a Miami local for the past 15 years. VERDICT: Less random because artist Monopoly's paint assaulted Joe's jacket. 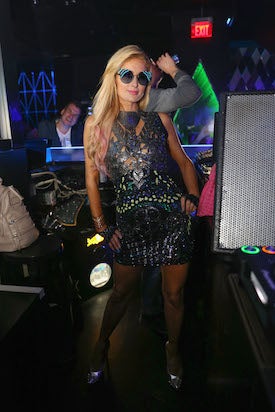 World Red Eye
LAST BUT NOT LEAST: Ms. Hilton.   CONNECTION: C'mon! She invented Miami's celebrity appearance industry. Here, she prepared to DJ a party at Wall Miami, one of the hot nightclubs.   RANDOMNESS and/or RELEVANCE VERDICT: You be the judge.
x
Looks like you're enjoying reading