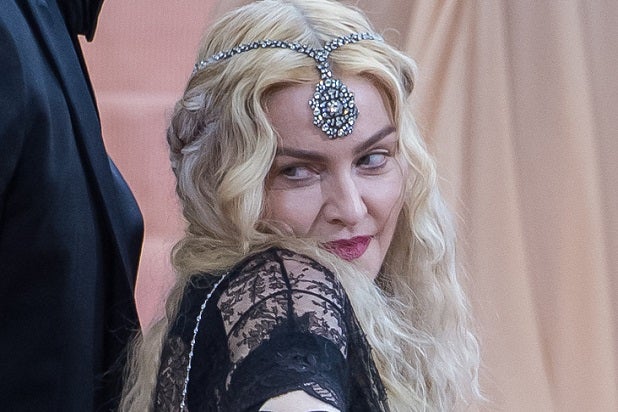 Never mind shaking hands and kissing babies; Madonna has a more intimate plan to rack up votes for Hillary Clinton.

The “Borderline” singer made a pledge to voters while introducing Amy Schumer at the comedian’s Madison Square Garden performance on Tuesday, promising to fellate any voter who pulls the lever for Clinton.

Not quite the squeaky-clean performance that Schumer promised, but oh well.

During Tuesday’s performance, Schumer read an open letter to the Trump supporters who walked out of her show in Tampa, Florida,earlier in the week.

In her sarcasm-infused open letter/apology, Schumer promised to enter a rehab facility to learn how to make people happy.

“Dearest Tampa: I’m sorry you didn’t want me, a comedian who talks about what she believes in, to mention the biggest thing going on in our country right now,” Schumer said. “How could I think it was OK to spend five minutes having a peaceful conversation with someone with different views?”

After the show, I want you to know that I will go straight to a rehab facility that will teach me how to make all people happy,” she continued. “Both the rich, entitled, white people who are gonna vote for him and the very poor people who’ve been tricked into it.”

Watch Madonna make her immodest proposal in the video.