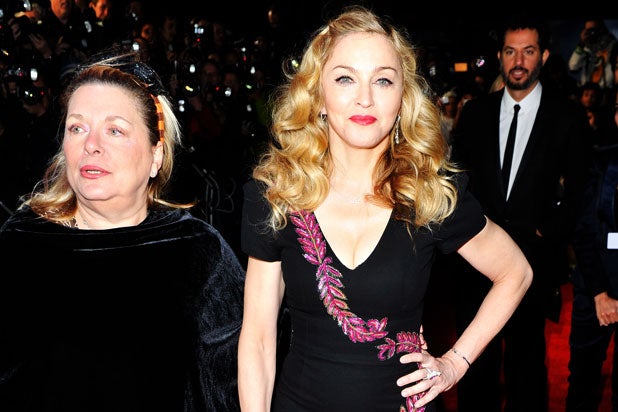 Nice to know that Sean Penn can depend on his ex-wife for support.

The actor’s former wife, Madonna, has submitted a declaration stating that Penn never assaulted her, in relation to a $10 million lawsuit that the actor has filed against “Empire” co-creator Lee Daniels.

“While we certainly had more than one heated argument during our marriage, Sean has never struck me, ‘tied me up,’ or physically assaulted me, and any report to the contrary is completely outrageous, malicious, reckless and false,” the declaration reads.

The “Like a Virgin” singer, who was married to Penn from 1985 to 1989, cites two specific examples in the declaration — an alleged June 1987 incident during which Penn reportedly struck her with a baseball bat, and another alleged incident in 1989, which “purportedly resulted in Sean’s arrest for domestic assault and battery against me.”

Penn is suing Daniels for defamation, claiming that the filmmaker smeared him in an article discussing the domestic abuse allegations against Terrence Howard, star of Daniels’ Fox drama “Empire.”

“That poor boy, [Terrence] ain’t done nothing different than Marlon Brando or Sean Penn, and all of a sudden he’s some f-in’ demon,” the lawsuit quotes Daniels as saying. “That’s a sign of the time, of race, of where we are right now in America.”

Penn contended in his lawsuit that the comparison between himself and Howard was unfair.

“Daniels falsely equates Penn with Howard, even though, while he has certainly had several brushes with the law, Penn (unlike Howard) has never been arrested, much less convicted, for domestic violence, as his ex-wives (including Madonna) would confirm and attest,” Penn’s lawsuit reads.