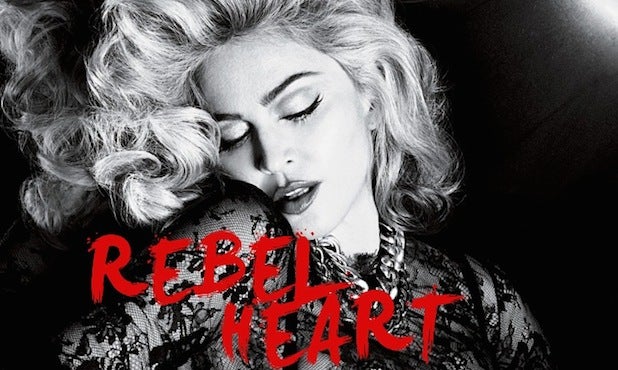 Among the freshly leaked tracks  from her new “Rebel Heart” album are those titled “Beautiful Scars,” “Tragic Girl,” “Freedom,” “Iconic,” “Nothing Lasts Forever” and “Veni Vidi Vici,” and the set opens with “Back That Up (Do It),” a collaboration with Pharrell Williams.

Last week more than a dozen tracks from “Rebel Heart,” were leaked online in an incident that the singer called “a form of terrorism.” Unfinished versions of the album’s lead single, “Living for Love,” and its title track were part of the stolen music.

The Material Girl complained about the leak on Instagram, saying she felt like she had been “violated as a human and an artist” because her music was “stolen and leaked.”

By late Wednesday Madonna had not commented on the new leak on her social channels, merely wishing her fans well:

Wishing all my fans the happiest of Holidays! I appreciate your love and support! ❤️#rebelheart#livingforlovepic.twitter.com/JbOizKaCXI

Madonna said earlier this month: “I am asking my true fans and supporters who respect me as an artist and a human to not get involved with the purchasing trading or posting of unreleased images or music. I hope and pray we find the source of the leaks soon. Until then i am grateful for any leads or info and even more grateful for your support and loyalty! Please let me finish my work so i can give you my very best!”

She tweeted this too on Christmas Eve: