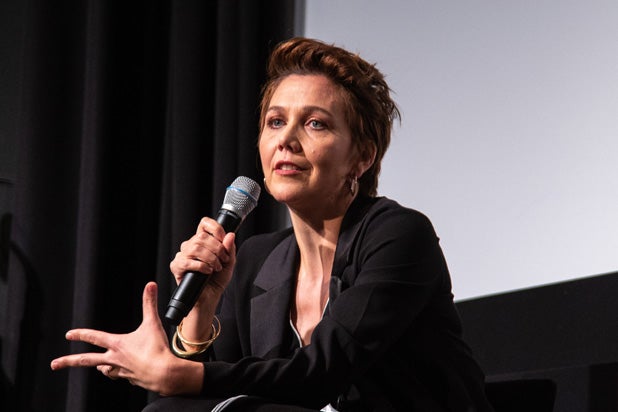 Maggie Gyllenhaal has joined the cast of Baz Luhrmann’s untitled musical drama on the life of Elvis Presley and will play the rock and roll legend’s mother, Gladys Presley, an individual with knowledge of the project told TheWrap.

Production is expected to start this spring on the film that Luhrmann wrote with Craig Pearce. The untitled movie specifically follows Elvis’ relationship with his manager as a young performer and how he ultimately came from humble, dirt poor origins to change the face of music.

Elvis’ relationship with his mother was close, and while he was on tour, she and her husband Vernon moved into a house in Memphis purchased by Elvis not far from Graceland. She struggled with depression and died in August 1958.

Gyllenhaal’s last feature film was “The Kindergarten Teacher” from 2018, which she also produced. She just wrapped her Golden Globe nominated turn on HBO’s period drama “The Deuce.” She’ll next star in the teen musical “Best Summer Ever,” which is making its premiere at the SXSW Film Festival.

Luhrmann most recently worked on Netflix’s “The Get Down,” but this will be his first feature film since “The Great Gatsby” remake with Leonardo DiCaprio from 2013.

Gyllenhaal is represented by WME and MGMT Entertainment.