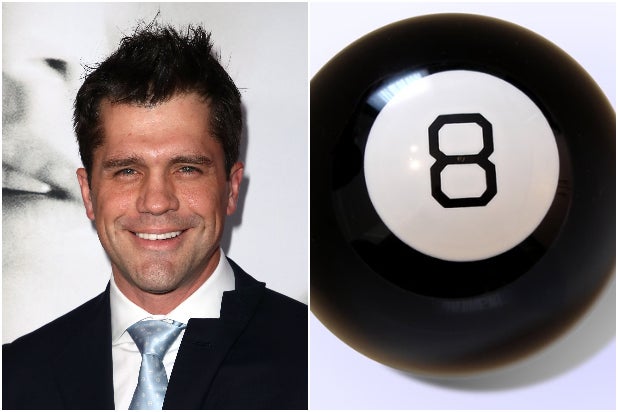 It is decidedly so. Jeff Wadlow, the director of “Truth or Dare” and “Kick-Ass 2,” is set to direct a live-action “Magic 8 Ball” film based on the fortune-telling toy from Mattel, the toy company announced Monday.

Mattel is teaming with Blumhouse Productions to develop a “suspense-filled” feature film based on their iconic toy. Wadlow will direct the film about the black billiard ball that tells fortunes in bite-size capsules such as “Reply Hazy, Try Again” and “Outlook Not So Good.” Wadlow is also co-writing the script with his collaborators Jillian Jacobs and Chris Roach.

This is the first partnership between Blumhouse and Mattel but the sixth project Mattel Films has in development, including other features based on their brands Barbie, Hot Wheels, Masters of the Universe, American Girl and View Master. Time Magazine listed the Magic 8 Ball as one of the 100 Greatest Toys.

“Since the 1950s, Magic 8 Ball has inspired imagination, suspense and intrigue across generations. This iconic toy has a built-in connection with fans and untapped potential for storytelling,” Robbie Brenner of Mattel Films said in a statement. “There are no partners better suited to tell the Magic 8 Ball story in collaboration with Mattel Films than Jeff Wadlow and Blumhouse Productions, whose unique approach to the thriller genre has captivated audiences worldwide and has gained widespread accolades.”

“As fans of Mattel and their iconic brands, we’re looking forward to bringing Magic 8 Ball, one of their most celebrated toys, to life, and playing against expectations in doing so,” Jason Blum, founder of Blumhouse Productions, said in a statement. “We look forward to partnering with Mattel Films to put this project on the fast track to the big screen and create a memorable experience for moviegoers.”

The news of the “Magic 8 Ball” film was first reported by Deadline.