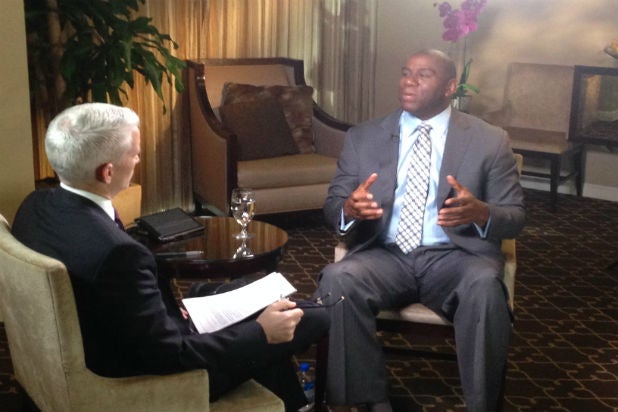 The only bigger get for “AC360” than Los Angeles Clippers owner Donald Sterling, is the guy who has been the recipient of his wrath as of late.

NBA legend Magic Johnson was Anderson Cooper’s guest on Tuesday, giving the show an even bigger bump than the night before when Sterling was the guest.

Though factoring in the entirety of primetime, CNN tied with Fox last night in the demo, with 250,000 viewers apiece on average.