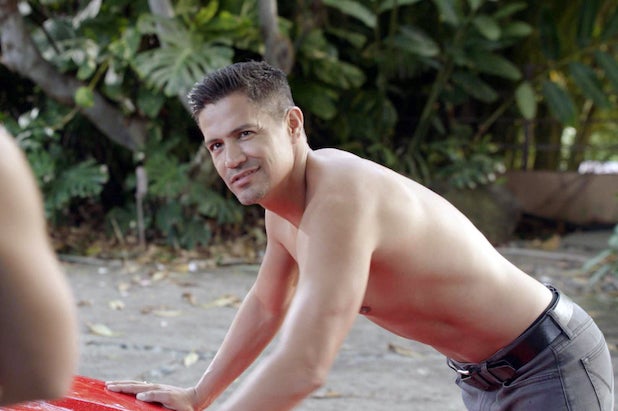 Of course, it helped that the show’s home network posted a seven-year high in early ratings for its late-window conference game between the New England Patriots and Kansas City Chiefs, giving the Jay Hernandez-led reboot one heck of a lead-in.

At 10:30 p.m., the special post-game “Magnum” — mixed with about nine minutes of NFL overrun — scored a 3.8 rating and 12.1 million total viewers, ending outside of the primetime window. That’s up from the drama’s previous personal best, which it earned with its series premiere on Monday, Sept. 24 at 9 p.m., with a 1.2 rating and 8.1 million overall eyeballs.

However, due to the nature of live sports, these numbers for CBS are subject to change when final tallies come in later Monday.

CBS was first in ratings with a 13.1 rating in the advertiser-coveted 18-49 demographic and in total viewers with an average of 43 million, according to preliminary numbers. Those gaudy numbers came courtesy of the Patriots’ win over the Chiefs in the AFC showdown to decide who would face off against the Los Angeles Rams in Super Bowl LIII and that special “Magnum.”

Fox was second in ratings with a 0.8 and fourth in viewers with 2.4 million, stacking its primetime block with comedy repeats.

ABC was third in ratings with a 0.6 and second in viewers with 3.4 million. Sandwiched between reruns, a new “Shark Tank” at 9 p.m. managed a 0.7 and 2.8 million viewers.

Nielsen data for Spanish-language broadcast networks Telemundo and Univision was unavailable at the time of publication.