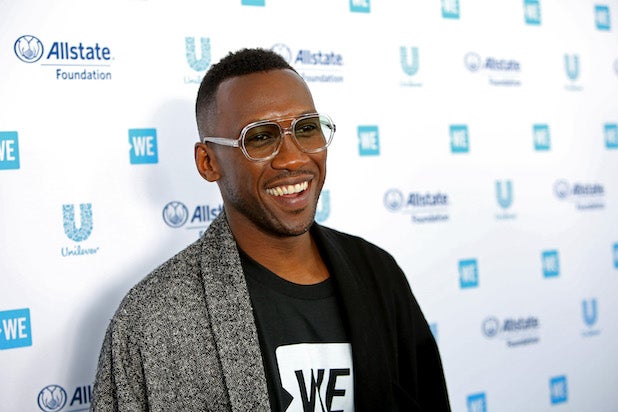 Photo by Jesse Grant/Getty Images for WE Day

Mahershala Ali will star as “Blade” in the Marvel Cinematic Universe in a reboot of the franchise that previously starred Wesley Snipes. Marvel Studios announced the news at San Diego Comic-Con on Saturday.

The reveal came at the very end of the studio’s big Hall H presentation. Marvel Studios president Kevin Feige coyly joked about how they had run out of time to talk about projects like “Black Panther 2” and “Fantastic Four,” but then mentioned “Blade,” the half-man half-vampire superhero previously played by Wesley Snipes. And then who should walk out onstage but Ali.

No release date or additional details have been announced for the “Blade” reboot.

Snipes portrayed Blade in the 1998 film “Blade” written by David S. Goyer and directed by Stephen Norrington, and which was followed by “Blade II” in 2002 and “Blade: Trinity” in 2004.

The character is a half-man and half-vampire who hunts vampires and fights to protect the human race, with abilities as a master swordsman and marksman. Created by Marv Wolfman and drawn by penciller Gene Colan, Blade first appeared as a supporting character in 1973 and shortly thereafter starred in his own title.

“Blade” is part of Marvel Studios’ Phase Four following the “Infinity Saga” that was announced during Marvel’s Hall H presentation at Comic-Con on Saturday. Other films announced as part of the presentation included “The Eternals,” “Shang Chi and the Legend of the Ten Rings,” a “Black Widow” standalone movie and sequels to “Thor” and “Doctor Strange.”

Ali is a two-time Oscar winner for “Moonlight” and most recently for 2018’s “Green Book.” He also starred in the most recent season of “True Detective” and in “Alita: Battle Angel.”