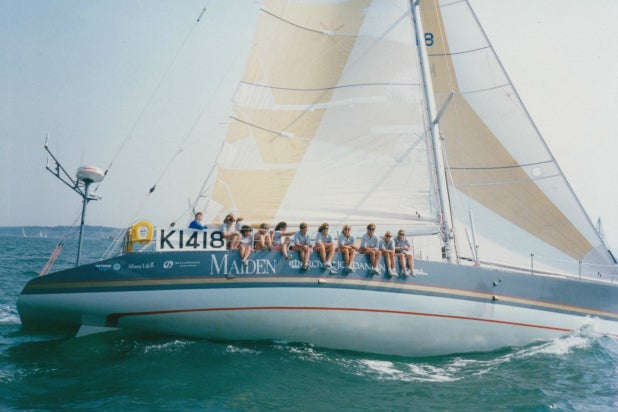 The sailing documentary “Maiden” and the chronicle of the first trip to the moon, “Apollo 11,” are among the 15 titles that made this year’s shortlist for the Oscars’ Best Documentary Feature race.

The shortlist also included two films about Syria, “For Sama” and “The Cave”; the first film produced by Barack and Michelle Obama’s production company, “American Factory”; and the Macedonian beekeeping documentary “Honeyland,” which also made the shortlist in the Oscars’ Best International Feature Film category.

Also on the list: “One Child Nation,” “The Great Hack,” “The Edge of Democracy,” “The Biggest Little Farm,” “Midnight Family,” “Knock Down the House,” “The Apollo,” “Advocate” and “Aquarela.”

As it has been since the Oscars’ Documentary Branch opened shortlist voting to all members and did away with small committees, the list contained most of the most high-profile documentaries of the year, and most of the ones that have been awarded by other doc bodies. Among the well-received nonfiction films not included on the shortlist are the Imelda Marcos film “The Kingmaker” as well as “Sea of Shadows,” “Where’s My Roy Cohn?” and “Who Will Tell Our History?”

“The Apollo,” Roger Ross Williams’ look at the legendary Harlem theater, is the only one of several notable music-related documentaries to make the shortlist. “Linda Ronstadt: The Sound of My Voice,” “David Crosby: Remember My Name” and “The Black Godfather” are among the music-related docs that did not make the cut.

On the documentary short front, 10 films advanced in the awards race, including “St. Louis Superman,” “Fire in Paradise,” “The Nightcrawlers” and “Learning to Skateboard in a Warzone (If You’re a Girl),” the last of which won the IDA Documentary Award as the best doc short on Dec. 9.

The documentary shortlists were two of the nine shortlists announced by the Academy on Monday. AMPAS also narrowed the field in the international film, song, score, live-action and animated short, visual effects and makeup & hairstyling categories.

A second round of voting from the Academy’s doc branch will narrow the 15 shortlisted features and 10 shortlisted shorts to five nominees in each category. Oscar nominations will be announced in full on Jan. 13.

Best Documentary Short Subject
“After Maria”
“Fire in Paradise”
“Ghosts of Sugar Land”
“In the Absence”
“Learning to Skateboard in a Warzone (If You’re a Girl)”
“Life Overtakes Me”
“The Nightcrawlers”
“St. Louis Superman”
“Stay Close”
“Walk Run Cha-Cha”