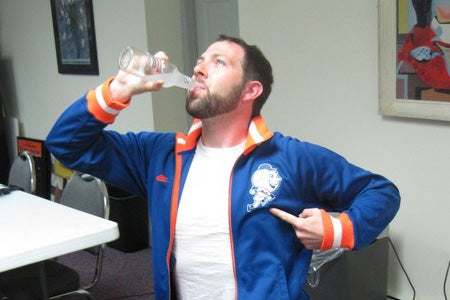 If you work on or around the Internet, particularly in New York, you’ve no doubt heard about “Bros Icing Bros” – a stupid game that involves impromptu pounding of Smirnoff Ice, often in broad daylight, and is more than likely a thinly-veiled viral marketing stunt by Diageo, the company that imports the sugary malt beverage. (Smirnoff denies its involvement, of course. Drink responsibly, kids!)

Until now, documenting the history of Bro Icing has been more or less confined to dedicated websites, college papers and Facebook, though the Village Voice and the Awl published definitive stories on the subject a few weeks ago.

Now mainstream media is getting hip to “icing,” with the New York Times and Time magazine publishing stories on the “game” on Wednesday, which means I’ll be fielding questions from my mom about it in three, two …