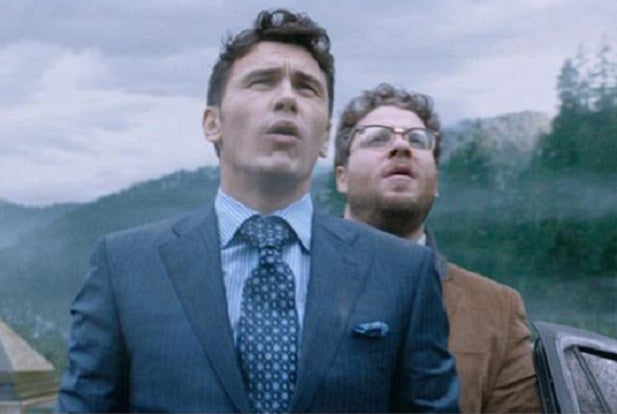 The nation’s largest movie theater chains were conspicuously silent Tuesday as Sony Pictures unveiled its plan to roll out “The Interview” in smaller independent theaters on Christmas Day and make it available on video on demand as well.

Day-and-date VOD releases are a hot-button issue for the major exhibitors, who have fiercely fought studio and film company pressure on early VOD, since it can cut into the theatrical audience significantly. As a result of that — and Sony CEO Michael Lynton‘s earlier comments that suggest that the chains forced the Christmas cancellation — the major exhibitors are likely to stay out, at least for now. “The Interview” will screen in roughly 200 smaller, independent theaters on Christmas Day, insiders said.

The largest chains — Regal, AMC, Cinemark, Carmike and Cineplex — were among the first to opt out the day after hackers threatened to target theaters showing the film; Sony canceled the release hours later. Executives at the major chains were already chafing over Lynton’s comments deflecting blame, though they didn’t say so on the record.

The limited rollout essentially makes “The Interview” a “platform release,” a strategy that distributors and studios employ on smaller films that appeal to art house, genre or upscale crowds. The standard plan is to build the audience and expand into more theaters gradually, driven by word of mouth.

Since the major chains represent roughly half of the national movie audience, the grosses for “The Interview” will be limited. If it debuts in, for example, 200 theaters and each takes in around $15,000, the film would gross roughly $3 million.

“The major chains were backed into a corner and Sony threw them the ball when the terror threats were made,” Exhbitor Relations senior analyst Jeff Bock told TheWrap. “You couldn’t blame them, because at that point no one knew how credible the threat was, and they wouldn’t want to put people in jeopardy or ruin their entire holiday season for the sake of one movie.”

A strong showing could be be enough to get the major chains back in on “The Interview,” perhaps as early as Friday of the following week, January 2nd.

“That actually looks like a pretty good date,” Bock said, noting that the only movie currently set to go nationwide that weekend is the Relativity Media horror film “The Woman in Black: The Angel of Death.”

Also Read: Where ‘The Interview’ Will Be Screened: TheWrap’s Guide to Theaters (Updating)

“This could actually work out for [the movie],” Bock said. “All the publicity around this film has likely broadened the number of people aware of it. And a lot of them will be educated and socially conscious people who see this as a cause. They might come to see it, along with the college kids and stoners that it probably would have been limited to before all this happened.”

If the film doesn’t make it into the major chains, Sony will need all the VOD and ancillary returns it can generate to offset the estimated $90 million that it stands to lose on the “The Interview” as a result of the cyber attack and its decision to halt the film’s release in the wake of the hackers’ terror threats.