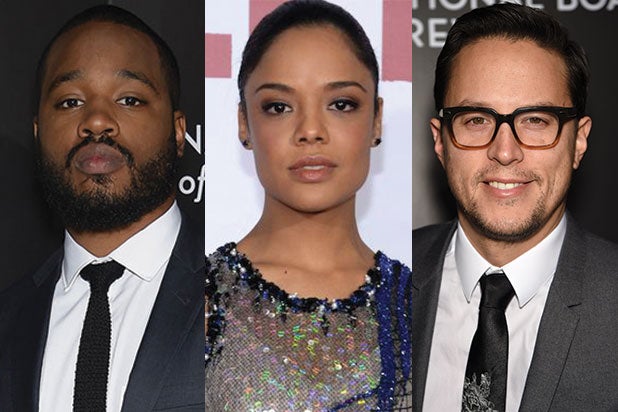 Faced with mounting calls for a boycott of this year’s Oscar ceremony over the lack of diversity among major nominees, Academy president Cheryl Boone Isaacs had little choice on Monday but to promise another push for greater inclusiveness.

“The Academy is taking dramatic steps to alter the makeup of our membership,” she said. “In the coming days and weeks we will conduct a review of our membership recruitment in order to bring about much-needed diversity in our 2016 class and beyond.”

TheWrap has decided to help speed the process. We are calling on you, our readers, to suggest potential candidates for admission to AMPAS — qualified individuals from different guilds and areas of the movie industry who could make the group more reflective of the moviegoing public and broaden its perspective.

Some of our suggestions may seem obvious, and their inclusion may be virtually automatic when new membership invitations are announced this June. Ryan Coogler, the writer-director of “Fruitvale Station,” seems like a safe bet — though he only just met the Academy qualifications for the directors’ branch with the completion of his second feature, the acclaimed “Rocky” spinoff “Creed.”

Check out the rest of our suggestions below, and help us speed the work of the Academy’s search committees by adding your own suggestions of potential new members. You can add your choices in the comments section below, or email or tweet us your candidates with the hashtag #MakeOscarsDiverse.

Here are contributions from our readers, let’s keep the list going!

If you want diversity in film, then create the conditions so it will happen. #MakeOscarsDiverse

@TheWrap It's hard to do without knowing who is and is not already a member. We've got the list: https://t.co/e1ENGSTKa7 #MakeOscarsDiverse

#MakeOscarsDiverse: encourage more women, POC's and others to be actors, writers, directors & producers.

@sharonwaxman Thank you so much for mentioning that diversity pertains to Asian Americans as well. #makeoscarsdiverse #makehollywooddiverse

I love the #MakeOscarsDiverse hashtag. The nominations really depressed me this year. Recognizable change begins behind the scenes.

The movie industry is also apart of the bigger argument. Films with diverse casts need to be funded. They are viable #MakeOscarsDiverse