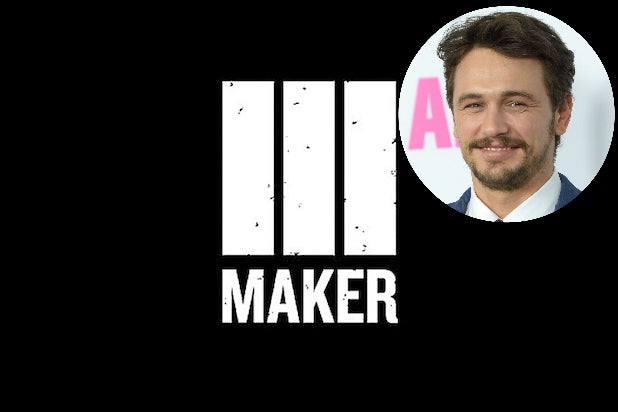 Maker Studios, the largest content network on YouTube and a subsidiary of The Walt Disney Company, unveiled a slate of original programming and strategic initiatives at the company’s second annual newfront on Tuesday.

The coming series were toplined by “Camp,” an adaptation from James Franco‘s “Palo Alto: Stories.”

In addition to showcasing upcoming original content, Maker Studios announced collaborations with media brands and agencies, as well as several divisions of its parent company: Maker and Marvel will focus on original digital content and programming based on Marvel lore and current releases; Maker and the X Games will pair action sports stars with innovative content creators worldwide; and Maker and ABC’s Lincoln Square Productions will collaborate on nonfiction storytelling around politics and culture.

Below is the upcoming Maker slate, in the studio’s own words.

And here are some of Maker’s current and upcoming strategic initiatives, descriptions once again in the studio’s own words:

Collaborations With Disney Divisions
Maker has been working with divisions across The Walt Disney Company including Marvel, ESPN, and ABC’s Lincoln Square Productions to develop new and unique content. Maker and Marvel will focus on original digital content and programming based on Marvel lore and current releases, celebrating the global Marvel fan universe; Maker and the X Games will pair the best action sport athletes with the most innovative content creators worldwide, delivering cutting edge content year-round; and Maker and ABC’s Emmy Award-winning Lincoln Square Productions will collaborate on nonfiction storytelling around politics and culture–kicking off with the original series “American Woman,” and continuing with a slate of other programming  leading up to the 2016 election.

Agency and Network Initiatives
Maker will work with leading agency DigitasLBi to create a Digitas_LAB, an industry-first opportunity focused on co-creation of content, production, cross-platform distribution, and media. The Maker_LAB model merges data-driven insights with creative content and distribution.

MiTú, an online video network and leader in Hispanic influence, will collaborate with Maker on a content arrangement with Starcom MediaVest Group’s LiquidThread. The initiative will fund the development of original series, social media programs and influencer formats, leveraging Maker and MiTú’s technology and creativity across platforms.

Ad Product Solutions
Maker has teamed with Outrigger Media and their OpenSlate platform to launch Maker Select, a new proprietary ad solution for media buying. Maker Select combines industry-leading tools on targetable metrics like content quality, brand safety and subject matter expertise with OCR (Online Campaign Ratings) guarantees for demographic targeting and transparency for ad placements. Maker Select will not only be available within the Maker network but throughout YouTube. DigitasLBi and Starcom MediaVest Group, among other media brands, will offer clients access to Maker Select providing them proprietary data, targeted audiences, guaranteed viewership, favorable pricing, and ultimately a lens on the most valued programming on YouTube.