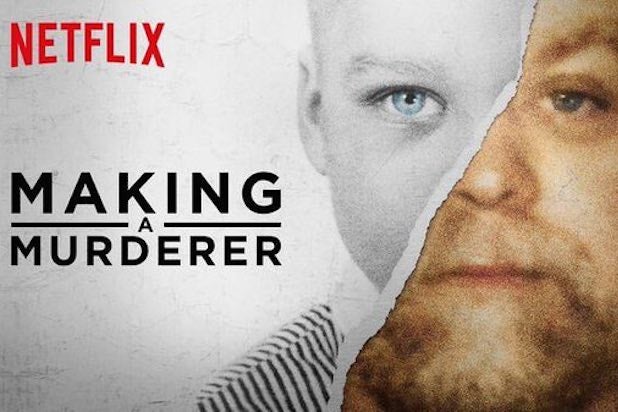 A lot of us spent our New Year’s weekend binge-watching “Making a Murderer” on Netflix, a way to greet 2016 with a dose of renewed cynicism about our justice system.

The 10 episodes of “Making a Murderer” are a gripping human drama. The drip-drip of watching the wheels of justice grind toward the convictions of Steven Avery and Brendan Dassey — despite their alibis and the lack of convincing physical evidence — makes it hard to turn away.

Both Avery and Dassey are serving life sentences for murder, having exhausted all appeal possibilities. Both cases were turned down for consideration by the Wisconsin Supreme Court.

So let’s cut to the chase. Almost none of us had heard of Steven Avery two weeks ago. None of us has any stake in the tragedy of Brendan Dassey, convicted of first degree murder based on a forced, confused and clearly false confession with zero physical evidence to back it up.

Except that we all do have a stake. Our democracy is at stake.

If we sit back while the Wisconsin justice system is twisted into this farce of due process, we forfeit the principles on which this country was created. The presumption of innocence (gone), the right to a vigorous defense, the right to counsel that advocates on our behalf , the right to a fair investigation, the standard of reasonable doubt (absent from both verdicts).

Without those things and our other constitutional guarantees, anyone empowered by the weight of the state becomes a menace. We are no longer in a democracy, we are in an Orwellian hall of mirrors that mocks the free society which we arrogantly tout to the world.

This series follows a year in which many of us had our blinders removed by a powerful new technology: video recorders in our cellphones. We watched black men’s lives snuffed out — Walter Scott shot in the back in South Carolina, Laquan McDonald shot in Chicago while lying on the ground, Eric Garner pleading “I can’t breath” in Staten Island, as he was suffocated while officers piled on.

We experienced the shattering of our presumptions that the laws in our democracy apply equally to people of color. They clearly don’t, and not just in the South, not just in rural areas, not just where we don’t live. It’s an epidemic, everywhere.

Avery isn’t black, but the message of his fate is kin spirit to the #BlackLivesMatter movement: #PoorPeopleMatter. It seems increasingly clear that if you are poor, if you are black, if you are Latino — you had better stay out of the way of the state. You are often out of luck in America’s democracy.

This is not the country we want to be. We must commit to living up to the ideals of our democracy in the coming year and beyond. We cannot accept shoddy prosecutors, egocentric judges, cowardly detectives, 1 million black men in prison and how many Steven Averys?

Meanwhile, I still have some lingering questions about “Making of a Murderer”:

I hope to have these questions answered in your comments below.