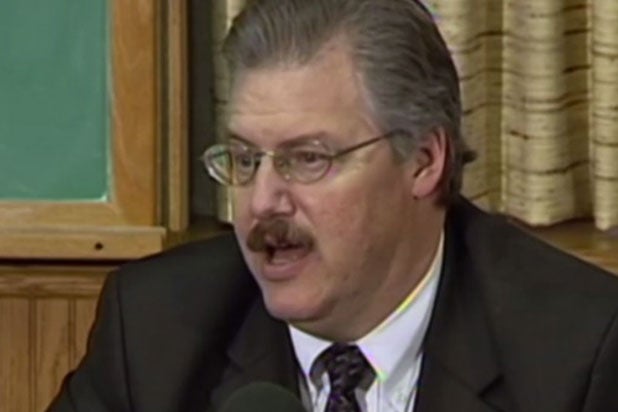 “It’s a compelling story, it’s edited superbly, and the viewers draw exactly what the filmmakers had hoped,” Kratz told TheWrap. “I would come up with the same conclusion when it’s the only evidence that is spoon fed to us.”

Kratz was the special prosecutor who put Avery in prison for life after he was charged for the murder of Teresa Halbach. Avery, who previously served 18 years in prison for a sexual assault crime he did not commit, maintained throughout the trial that he believed the Manitowoc County Sheriff’s Department had framed him.

“Making a Murderer” premiered on Netflix on Dec. 18. Kratz has since spoken out against how he is portrayed, and alleged that the filmmakers Laura Ricciardi and Moira Demos ignored up to 90 percent of the physical evidence that links Avery to the homicide.

Now, Kratz added that the filmmakers “didn’t make what I would consider any effort to tell both sides of this story.”

“Without the consideration of both sides of the case, viewers are left with only the conclusion that the evidence against Mr. Avery was planted and that there is this conspiracy,” he said. “It’s not my responsibility to point out all the evidence. If you’re going to call it a documentary, it’s their responsibility to show both sides.”

Last week, TheWrap spoke to Ricciardi and Demos about Kratz, stating that “over the course of nine years we reached out to him three times,” and that he had always declined to comment.

Now, Kratz fired back at the producers, stating that they indeed had reached out to him — but only once.

“On Feb. 18, 2013, they contacted me and that’s the first time they reached out to me,” he said. “The reason I declined their interview was because the project was already done. They had completed a movie — that was the original form that it was taking. It was called an ‘advocacy piece.’ One of them was in film school and I understood this was a thesis. This was made for and by Steven Avery.”