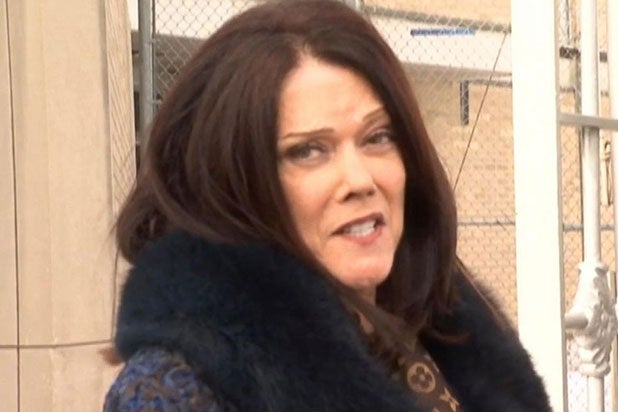 Kathleen Zellner, the lawyer of Steven Avery who was the subject of Netflix’s “Making a Murderer,” has filed a 1,200-page notice for post conviction relief in Manitowoc County, Wisconsin, in which she alleges that Teresa Halbach’s ex-boyfriend may have killed her.

According to WBAY, Zellner appeared in person to file the document on Wednesday. The first 220 pages are on her website. In the filing, Zellner notes that Halbach was in an abusive relationship with Ryan Hillegas prior to her murder and that jealousy could have been his motive for the murder when Halbach didn’t remain romantically interested in him.

She also claims that Hillegas “intentionally misled investigators” and “volunteered false information” about Halbach’s Toyota RAV-4 and the damage done to it in terms of the parking light that was confirmed to have occurred after she left the Avery property. She also states that Hillegas had no alibi for Oct. 31, when Halbach was murdered, or the subsequent days when her body was burned and bones were “planted.”

The gaps during the time period in question as shown by his cellphone records further comply Zellner to believe that Hillegas should be considered a suspect. He had significant injuries to his left hand, “consistent with scratches from fingernails.” She also states that in the days following Halbach’s disappearance, Hillegas spearheaded the search for her but “misrepresented his identity when he became the leader of the search.” She also suggests Halbach’s former boyfriend conspired with the Manitowoc County Sheriff’s Department to plant Halbach’s car on the Avery Salvage Yard.

Avery has long contended he was framed in the case, for which he is serving a life sentence. In “Making a Murderer,” the filmmakers present the possibility that Avery and his nephew, Brendan Dassey, were wrongly convicted for the murder of the photographer. Dassey’s conviction was overturned in August and state attorneys are appealing that decision. Avery’s lawyer also claims he had unrestricted access to Avery’s property and Halbach’s home, giving him “complete control of evidence.”

According to WBAY, Zellner also made other points in her motion: She claims that Avery’s trial attorneys, Dean Strang and Jerome Buting, failed at representing Avery in an effective manner because they failed to put experts on the stand to talk about DNA and blood evidence. She also accuses special prosecutor Ken Kratz of ethical violations, fabricating evidence and destroying Avery’s reputation.

Zellner’s motion also talks about the new scientific testing she had ordered on evidence that would support her theory that Avery’s DNA was planted. She said that the bullet fragment found in Avery’s garage was not shot through Halbach’s head, and that a microscopic examination of the hood latch of Halbach’s RAV-4 showed that Avery’s DNA did not get there by touching — which would mean he never opened the hood of the car.

Avery’s DNA found on Halbach’s car key (which was found in Avery’s trailer during a search) could have been planted using an item like Avery’s toothbrush because the key contained too many cells to be transferred by simply touching the key.

Evidence that went into testing last year included blood flakes from the floor of the vehicle, bloodstains from the driver’s and passenger’s seats, a swab from the car’s ignition area, and a bloodstain swab from the rear passenger door.

In the motion, Zellner claims that if the court won’t release him from prison based on these arguments, he is entitled to a new trial in “the interests of justice.”

The Wisconsin Department of Justice has not yet responded to TheWrap’s request for comment.

See how the Netflix documentary impacted the lives of Avery, Dassey, their families and their legal teams

"Making a Murderer" chronicled the murder of Teresa Halbach and the subsequent trials of suspects Brendan Dassey and Steven Avery.