“I was looking for justice, and justice, to me,would be the murder charge… Even his kidssay that he had told them that he would be murdered.” — Joe Jackson, on "Larry King Live"

For several months after that fateful day of June 25, 2009, the LAPD investigative unit chiefs and the L.A. District Attorney hotly debated what charges could be brought against Dr. Conrad Murray in the death of his patient, Michael Jackson. 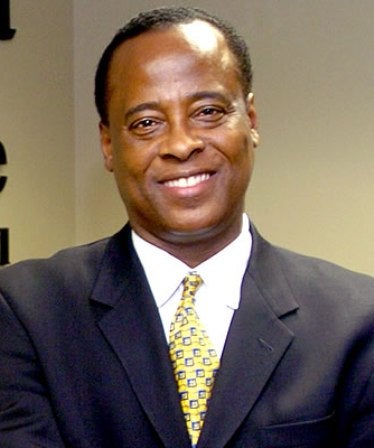 Most wanted to go for murder, but they feared a déjà vu of the disastrous O.J. Simpson and Robert Blake homicide trials, so embarrassing and demoralizing to L.A. law enforcement.

Indeed, they had less substantive evidence against Murray than against the two acquitted celebrities.

So, finally, erring on the side of caution, D.A. Steve Cooley settled on charging the cardiologist with grossly negligent manslaughter.

As it stands now, the D.A.’s evidence against Dr. Murray is formidable. The autopsy report is against him, as is circumstantial evidence, his own erroneous account, not to mention his checkered past.

Murray told LAPD detectives that he intravenously administered to a sleepless Jackson four sedatives over the course of about eight hours, then 25 milligrams of propofol. But the coroner reported finding a dose of the powerful anesthetic sufficient for general surgery — 400 milligrams.

The district attorney charges that Murray fell far short of his legal obligation to show a professional measure of care. The doctor’s defense team will have a difficult time refuting or even casting reasonable doubt on this charge, especially in light of evidence that Murray may have been absent for a longer period.

He originally told the police that he gave Jackson propofol at 10:50 a.m., then discovered him with a weak and fading pulse at about 11. But phone records reveal that he was on the phone, speaking “calmly” with three different parties until about 12:08. His Houston girlfriend, with whom he was talking at this time, heard him drop the phone.

“Dr. Murray’s timeline of events that day when Michael Jackson died is wrong,” stated his defense attorney, Michael Flanagan. “Doctors make mistakes, and that is what he did, and it was simply just that, a mistake.”

Indeed, that Murray could have discovered Jackson in trouble at 11 but failed to call paramedics for 81 minutes seemed improbable on the face of it. So the prosecution will likely attempt to show that Murray’s original timetable wasn’t really an innocent mistake, but a cover-up effort gone wrong.

But outside the issue of professional negligence, the defense will have an uphill battle portraying their client as a trustworthy and reliable individual. During the arraignment proceedings, Deputy D.A. David Walgreen asserted that Murray “leads an irresponsible and financially unstable life.”

Murray had declared bankruptcy in 1992. Then, on the brink of insolvency again, he abruptly abandoned his Nevada practice, Global Cardiovascular Associates, to become Jackson’s personal physician for $150,000 per month.

He was facing foreclosure on his Vegas mansion and his practice had been hit with nearly a half million dollars in court judgments for unpaid debts. Moreover, he had fathered seven children with six different women; several have filed charges of child nonsupport and fraudulent breach of trust against him, while one has filed a domestic violence claim.

As if all this were not enough to get a conviction, prosecutors likely have an ace or two in the hole: The so-far undisclosed evidence LAPD and DEA detectives may have recovered from his car, his storage facilities, his houses, his offices and/or his computers.

Even so, in spite of having what was called “a mountain” of evidence, the L.A. District Attorney’s office somehow lost the O.J. Simpson case. They were charged with being overconfident, sloppy, short-sighted.

Surely this time around they will be crossing all the t’s and dotting all the i’s to ensure that Dr. Conrad Murray does not walk free.

A prosecution victory will help restore faith in the LAPD and the city’s district attorney.

On the other hand, a defense victory will win Chernoff and his team – like the O.J. “Dream Team” — overnight acclaim and a king’s ransom for future cases.

But either way, no one else will really win a thing. Not Michael’s fans, not his family. Michael will not be resurrected — but he will be dug up, dissected and desecrated. Murray will not be imprisoned for long, if at all — but he will be ruined professionally, and maybe personally. 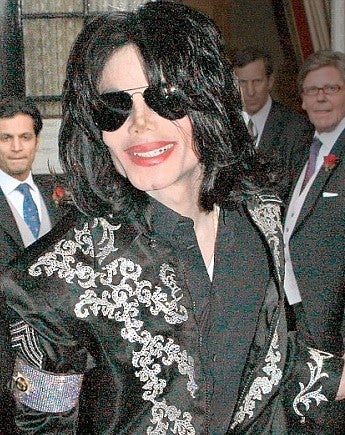 The tragedy is, these were two remarkable black men who came up from nothing and overcame nearly insurmountable obstacles to reach the very top of their professions.

“Ever since I was a little boy,” wrote Michael in his autobiography, “I had dreamed of creating the biggest-selling record of all time.” This son of a poor Des Moines crane operator achieved far more, becoming one of the greatest and most beloved entertainers of the century.

Then, years later, after unfortunate setbacks, fate brought these two extraordinary, but now weakened, men together. The first, though worshipped worldwide, lay in bed, incapable of simple sleep without anesthesia; the second, loved by many of his patients but on the brink of bankruptcy, sat at his bedside. Then with a single injection, the lives of these once great men ended.

This is a tragedy that no trial can ever rectify.