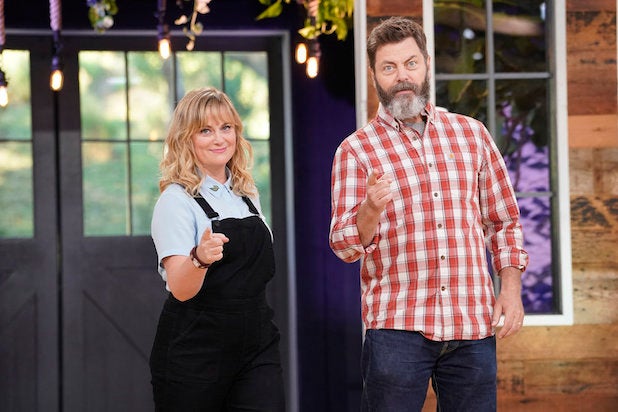 Amy Poehler and Nick Offerman’s crafting series “Making It” grew week-to-week in Nielsen ratings on the night that a Season 2 renewal was announced by NBC.

On Tuesday, NBC was first in ratings with a 1.7 rating/8 share in the advertiser-coveted 18-49 demographic and in total viewers with an average of 8.7 million, according to preliminary numbers. The two-hour “America’s Got Talent” performance show, airing from 8 p.m. to 10 p.m., scored a 2.0/9 and 11 million viewers. “Making It” at 10 received a 1.0/5 and 4.1 million viewers.

For Fox, an original “Beat Shazam” at 8 got a 0.6/3 and 2.2 million viewers. A repeat followed at 9, finishing Fox’s primetime schedule.