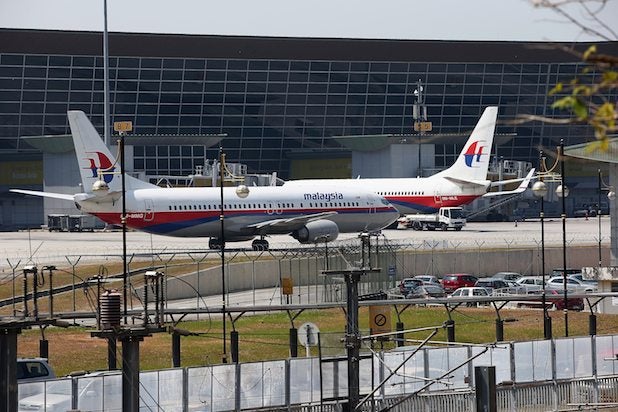 Malaysia Airlines has lost contact with another plane, which was reportedly shot down.

Flight MH17 left from Amsterdam for Kuala Lumpur. It dropped off the radar near the Russian border in Eastern Ukraine, CNN is reporting.

The Ukrainian Interior Minister said in a statement the airplane was shot down.

Ukraine’s President Petro Poroshenko released the following statement: “Today, approximately at 16:20, Malaysia Airlines plane Boeing 777 en route from Amsterdam to Kuala Lumpur disappeared from radar. In recent days, it is already the third tragic accident after the downing of planes of the Ukrainian Armed Forces An-26 and Su-25 from the Russian territory. We do not exclude that the given plane was also shot down and emphasize that the Armed Forces of Ukraine didn’t commit any actions to strike the targets in the air. On behalf of the state, the President of Ukraine expressed the deepest and the most sincere condolences to friends and relatives of the deceased in this dreadful tragedy. All possible search-and-rescue operations are being conducted.”

“It looks like it may be a terrible tragedy,” the President said. “Right now we’re working to determine whether there were American citizens on board. That is our first priority.”

His office also announced they’re now involving “experts from ICAO and other international structures to investigate the tragedy.”

The Boeing 777 airplane was carrying 295 people: 280 passengers and 15 crew members. All are presumed dead.

This is the second recent disaster for the airline: On March 8, Malaysia Airlines Flight 370 disappeared, never to be found.

Flight 370 likely flew into the southern Indian Ocean, Australian authorities determined in June. That flight had 239 people on board.

Malaysia Airlines has lost contact of MH17 from Amsterdam. The last known position was over Ukrainian airspace. More details to follow.

Malaysia Airlines has since announced they’ll be holding a press conference at 4:30 p.m. ET.