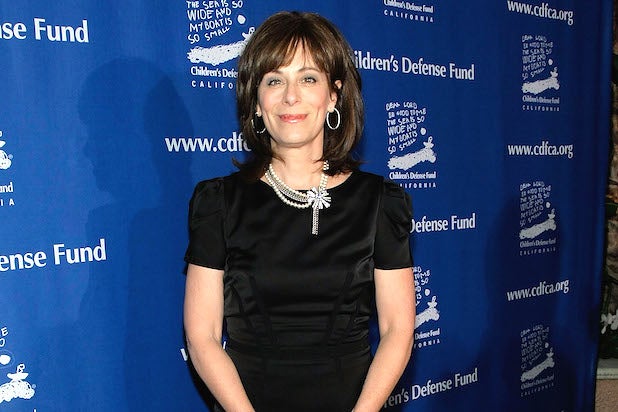 CBS’s “The McCarthys” will be introducing some new family members soon.

TheWrap has learned that “Malcolm in the Middle” mom Jane Kaczmarek is guest starring on an upcoming episode.

On Episode 111, titled, “Sister Act,” Kaczmarekwill play Eileen, Marjorie’s (Laurie Metcalf) sister, who comes to visit with her lawyer husband and accomplished children. Eileen is very competitive with Marjorie, a show-off, and always trying to put herself and her family above Marjorie and hers.

On the episode, The McCarthys develop a new family hobby in the local bar’s weekly trivia competitions, which their aunt’s family visit may take to a new competitive level.

The role will serve as a reunion for Kaczmarek and Metcalf, who played Kaczmarek’s character Lois’ sister, Susan, on ABC’s “Malcolm in the Middle.”

Best known for starring on “Malcolm in the Middle” for seven seasons, Kaczmarek has recently played a recurring role on USA Newtwork’s “Playing House.” Her other recent television credits include ABC’s “The Middle” and NBC’s “Law & Order: SVU.”

Also read: ‘How I Met Your Mother’s’ Alyson Hannigan to Spend Christmas With ‘The McCarthys’