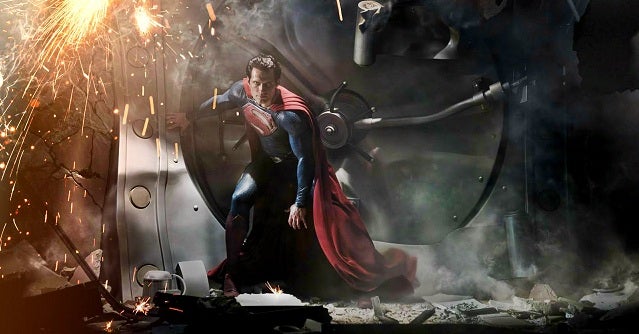 Warner Bros. released two new TV spots, and while saving the planet from Zod (Michael Shannon) looks like serious business in the first clip, it seems this Superman might loosen up a little, too, as shown by the second clip. “What does that 'S' stand for?” coos Lois Lane (Amy Adams) to our hero, played by Henry Cavill in the spot. Russell Crowe, Kevin Costner and Diane Lane co-star in Man of Steel,” which is directed by Zack Snyder. It opens June 14.