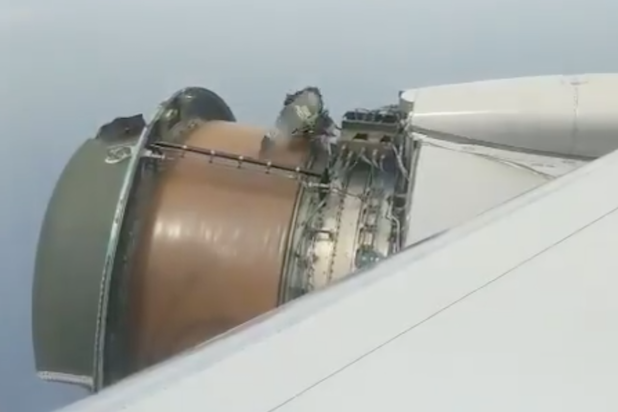 “That looks bad, plane a simple.” he said, dropping in a fly-by pun while recording the wobbly and exposed engine.

CNN’s Oliver Darcy noticed the selective permission granting from Haddad on Twitter and compiled it all into a rich single tweet.

The Fox News request came from “Fox & Friends” senior producer Kelley Kramer, who later set her Twitter to private after the inquiry was denied. On “Fox & Friends” Wednesday the channel still ran an item on the story, but ended up using footage shot by a different passenger.

“I took this video and no you may not,” said Haddad tersely.

A spokesperson for Fox News did not immediately respond to request for comment.

Things began to go wrong on the Tuesday United flight from from San Francisco to Honolulu after passengers heard an explosion outside the aircraft.

“There was a loud bang … and then the plane really started shaking,” passenger Allison Sudiacal told local Hawaii News Now. “It was like rattling and the plane was kind of shaking like boom, boom, boom.”

The plane subsequently lost its engine cover and was forced to make an emergency landing.