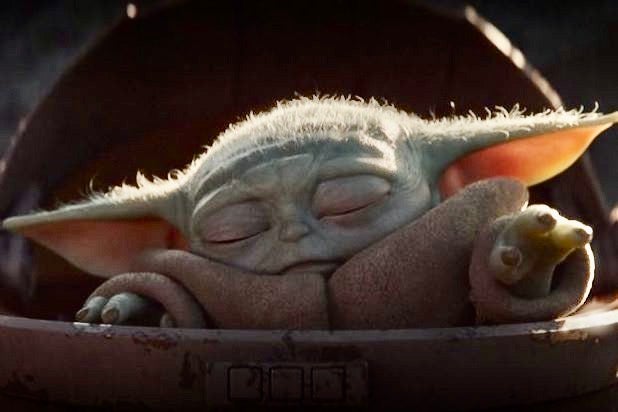 Disney dropped its first official “The Mandalorian” merchandise featuring “The Child,” a.k.a. Baby Yoda, on Tuesday, just as the holiday shopping season is about to begin. And while fans have been eagerly anticipating these products since it was revealed last week they would be arriving soon, it turns out these are not the shirts, pullovers, Popsockets, tote bags and mugs Disney+ subscribers were looking for.

Many fans of the “Star Wars” series and its adorable unnamed green toddler took to Twitter to mock the quality of this first wave of products on social media.

“Did Disney not expect people to like Baby Yoda? Why does the merch all look bootlegged?,” GameSpot entertainment editor Chris Hayner tweeted.

Others theorized Disney wasn’t expecting this level of demand for products featuring The Child.

“Yoooo. Hot take incoming. Disney was 100% totally unprepared for Baby Yoda’s appeal,” Matthew Panzarino, the editor in chief of TechCrunch tweeted. “This merch screams ‘uhhhhhh who was on this?’. Teespring is wheezing.”

A Disney spokesperson told TheWrap last week that apparel and accessories featuring the little green guy would soon be coming to a host of retailers including Amazon and Zazzle, and the websites for Target, Kohls, Macys, HotTopic and BoxLunch and that apparel would be available at the Disney Store, shopDisney, Disney Parks and at retail stores before the holidays.

In the next few weeks, toys and plush Baby Yoda will be available for pre-order, with a wider variety of products that will be coming to brick and mortar stores in the next few months, according to Disney.

You can find official “The Child” merch at Amazon, Design By Humans, Hot Topic, shopDisney, Walmart, Zazzle, and 80’s Tees.

See more Twitter reactions to the Baby Yoda merchandise below.

Did Disney not expect people to like Baby Yoda? Why does the merch all look bootlegged? pic.twitter.com/rUlwW6vKhH

when you somehow didn’t foresee the tidal wave of demand for Baby Yoda merch and were forced to cobble something together quickly, like in less than 24 hours maybe pic.twitter.com/TIRMv5JDzi

Who dropped the ball and didn't think that that adorable green being wouldn't be a hit and have better merch ready to go?! ???? pic.twitter.com/zXsf1wZK1p

ShopDisney came out with baby Yoda merch and it’s GARBAGE! Like you can tell they didn’t care about the quality they just cared about selling it lol. I’ll get my baby Yoda merch from a small shop thanks!

they didn't even try pic.twitter.com/8flBhJSPv0

Why does all the new baby Yoda Merch look like a bootleg copy from an Etsy shop? #TheMandalorian pic.twitter.com/mMBfQpvhwj

I’m underwhelmed at the #babyyoda merch Disney has unveiled so far… pic.twitter.com/F0TBN2PXBm

Yoooo. Hot take incoming. Disney was 100% totally unprepared for Baby Yoda's appeal. This merch screams 'uhhhhhh who was on this?'. Teespring is wheezing. https://t.co/6EO9B4vMt6 pic.twitter.com/7XTjRkGWbh

This is not the #BabyYoda merch I’m looking for from Disney. I want a plush version I can squeeze like Lenny from Of Mice and Men. pic.twitter.com/IgsbFuFOZp