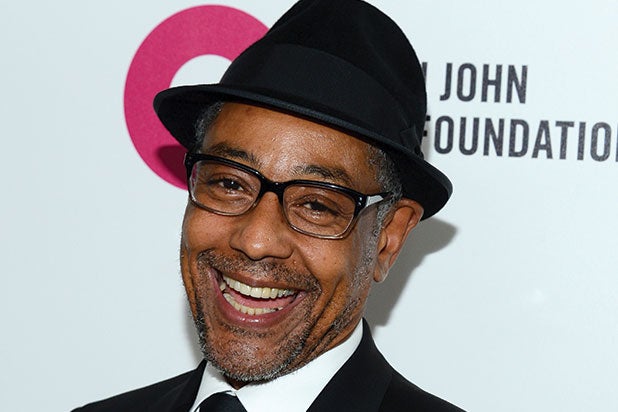 Lucasfilm has filled out the cast for “The Mandalorian,” the upcoming live-action “Star Wars” TV show from Jon Favreau.

The Disney-owned company announced Wednesday that Giancarlo Esposito, Emily Swallow, Carl Weathers, Omid Abtahi, and Werner Herzog have been cast, joining Pedro Pascal, who will play the titular character. Nick Nolte and Gina Carano were previously cast in the series.

The series, which is set in the time period between “Return of the Jedi” and “The Force Awakens,” follows a Boba Fett-like character, described as “a lone gunfighter in the outer reaches of the galaxy far from the authority of the New Republic…” In “Star Wars” lore, Mandalorians made the iconic armor that bounty hunter Boba Fett and his “father” Jango Fett (he was technically an unaltered clone of Jango) wore in the films.

Bryce Dallas Howard, Taika Waititi, Rick Famuyiwa and Deborah Chow will direct episodes of the series, with Dave Filoni (“Star Wars: The Clone Wars,” “Star Wars Rebels”) helming the first episode. The series, which doesn’t yet have a premiere date, will air on Disney’s upcoming streaming service Disney+, which is expected to launch toward the end of 2019.

“We’re having a great time working with this incredibly talented group and excited for everyone to see what we’re up to,” Favreau said.